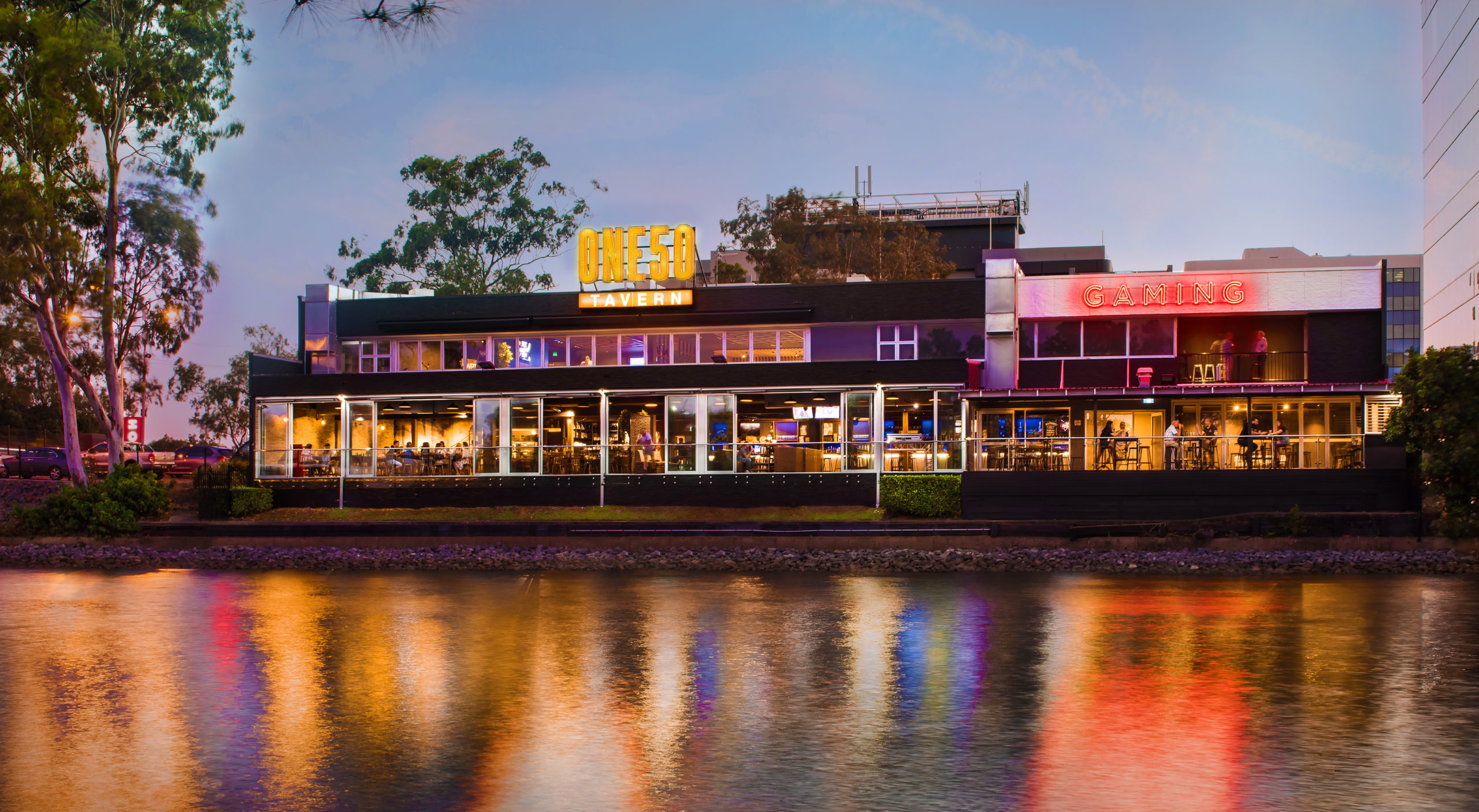 The owners of a well-recognised, South East Queensland Tavern are set to test the waters in one of the first “On Market” sales campaigns, for the sector in 2020.

One50 Tavern located at 150 Bundall Road Bundall is positioned within the main commercial precinct of the area, alongside the Gold Coast City Council’s offices, offering a waterfront locale opposite the master planned, Home Of The Arts (HOTA) cultural precinct with proximity to local residential, the Gold Coast Turf Club, Surfers Paradise and the Gold Coast’s beaches.

The owners divesting the opportunity viewed as, “an out of line asset” within their portfolio, have jointly appointed boutique Hospitality Tourism and Leisure specialists HTL Property and Colliers International to handle the sales campaign via an international Expressions of Interest process.

“The asset offers a reposition opportunity with numerous upside levers across the majority of the business lines for an experienced publican having undergone an extensive renovation in recent times, thus providing a new operator a strong platform with which to realign the business. The underpinned fundamentals of the opportunity, namely the land value, improvement value and the intrinsic value in the Gaming Machine Authorities are sure to be attractive to the wider market place” advised Price.

“Due to the lack of available Gaming Machine Authorities in the South-East Queensland region, the asset will potentially be on the radar of both savvy Hoteliers & Developers, including a number of Hoteliers with approvals for Greenfield pub sites across the South East who will look to unlock the value in the Gaming Machine Authorities, as well as the development potential of the land” commented McCarthy.

On the development potential of the property, Steven King Director in Charge of Colliers International Gold Coast suggested “the assets offer significant development potential with the ability to develop to a height limit of 54 metres. The Bundall commercial precinct is a sought after commercial precinct on the Gold Coast, and is home to a wide array of multinational business’s which help further underpin the nature of the development opportunity, meaning the site could suit office, residential, apartments  and or hotel style developments. Bundall is also home to a number of the Gold Coast’s major landmarks; The Gold Coast Cultural Precinct including HOTA resides there along with the Gold Coast Turf Club, the site of the annual Magic Millions Carnival”.

Questioned about the current conditions of the pub sector and outlook for the upcoming year Mr Price advised “We saw an extremely buoyant end to 2019 with many large-scale deals coming together in both Queensland and New South Wales, driven by well-credentialed private publicans and pub groups; these deals will likely finalise Q1 this year”.

2020 is looking exceedingly optimistic across all states, with the strong emphasis continuing to be on the NSW and QLD market places. This year we are expected to see a proliferation in appetite from publicans towards the South Australian market also, as legislative changes come into effect.

The year has already started strongly with enquiries coming from a far-reaching balance of interstate publicans, first time entrants to the Queensland market as well as seasoned players looking to add scale to their portfolios.

One50 Public House will be sold by way of a National Expression of Interest campaign, concluding Wednesday the 26th of February 2020. The assets are available to be purchased in one line or separately.