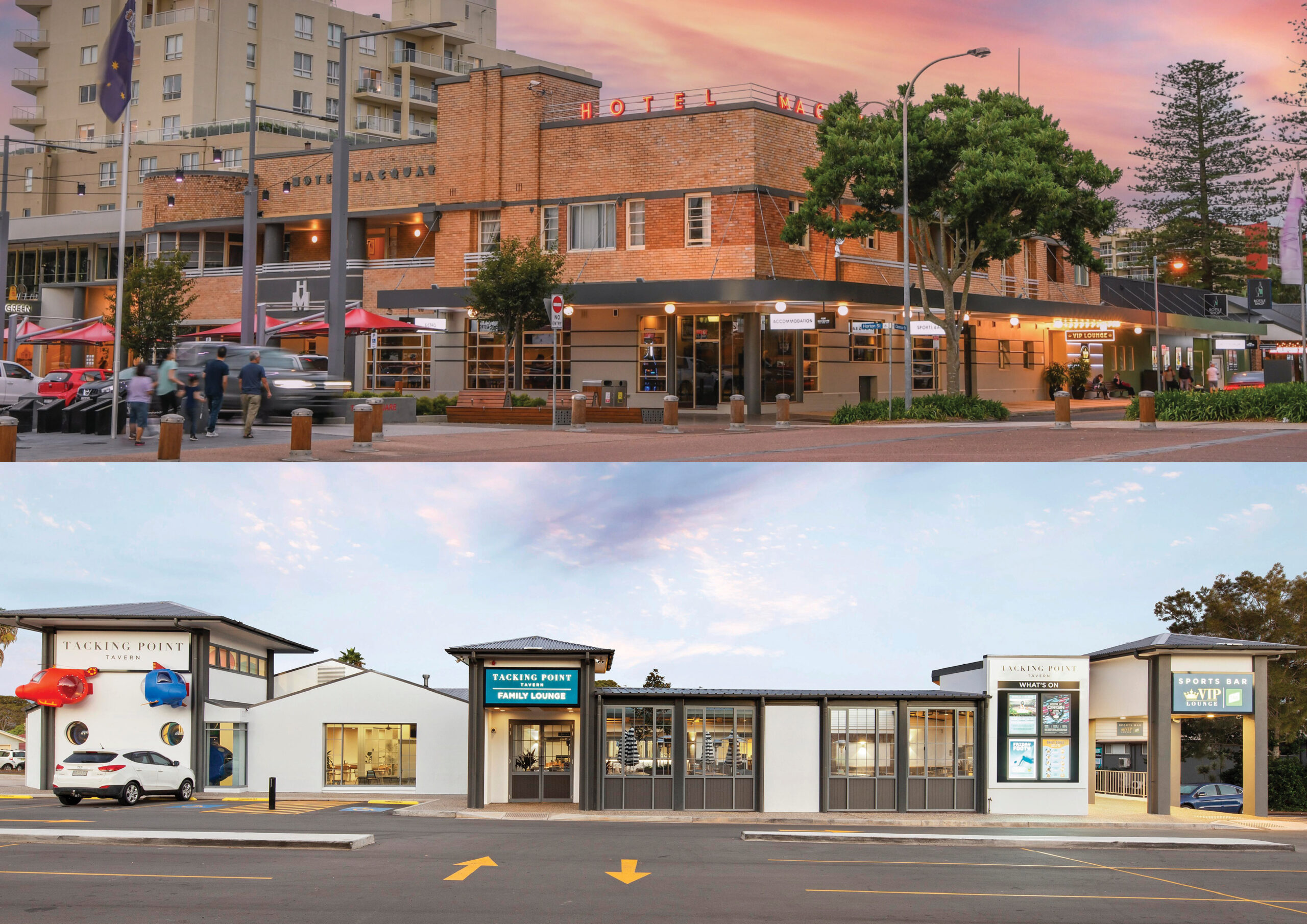 Port Macquarie has outstanding economic and population growth prospects driven by both the existing airport, university and hospital infrastructure; as well as several large scale residential master planned communities. One such community is Lewis Land Group’s Sovereign Hills mixed-use masterplan, which comprises some 2,500 new dwellings, a 25,000 sqm town centre and significant other facilities designed to support the growth of this corridor.

“There are very few hotels nationally like these two Port Macquarie hotels, and when combined with the unparalleled pace at which the North Coast region is growing both economically and in terms of its population base, the opportunity to acquire scale is so incredibly rare” advised HTL Property Managing Director, Andrew Jolliffe.

“Over the past few years we’ve seen the Lennox Head, both pubs in Byron and the Brunswick Heads Hotel all sell to highly regarded purchasers; and the Port Macquarie Hotel and stablemate the Tacking Point Tavern enjoy typecasting with this comp set” Jolliffe added.

Situated at the epicentre of Port Macquarie’s CBD and within the beachside suburb of Lighthouse Beach respectively, the Port Macquarie Hotel and Tacking Point Tavern occupy prominent commercial footprints both adjacent major shopping centres; and both enjoying close proximity to the pristine Pacific Ocean that wraps its pristine arms around the fast growing city.

“Both pubs enjoy the benefit of multiple revenue streams, each operate with 30 gaming machines and in the case of the Port Macquarie Hotel, a historically strong accommodation business” commented HTL Property National Director, Dan Dragicevich.

“The other critical attraction is the underwritten strength of Port Macquarie, whereby an LGA with over 87,000 people is serviced by only 8 hotels” Dragicevich added.

“Accordingly, there are very few, if any, significant LGA’s in existence that enjoy the captive audience these two hotels do” Dragicevich concluded.

With in excess of a very reliable $25m in revenue per annum between them, the two hotels are immaculately presented with a $10m refurbishment to the Tacking Point Tavern; and a $3.5m refurbishment to the Port Macquarie Hotel both recent events and of considerable attraction to prospective purchasers.

“With the prosperous tourism dollar hardwired into the city, residential growth at unprecedented levels and nothing to spend on two of the area’s key hotels, the value proposition is as magnetic as we’ve seen” commented HTL Property Managing Director, Andrew Jolliffe.

The Port Macquarie Hotel and Tacking Point Tavern will be exclusively sold by HTL Property via an EOI process, either individually or in one line, concluding 25 May 2022.