HTL Property is pleased to announce the off-market sale of the Captain Cook Hotel in Botany. 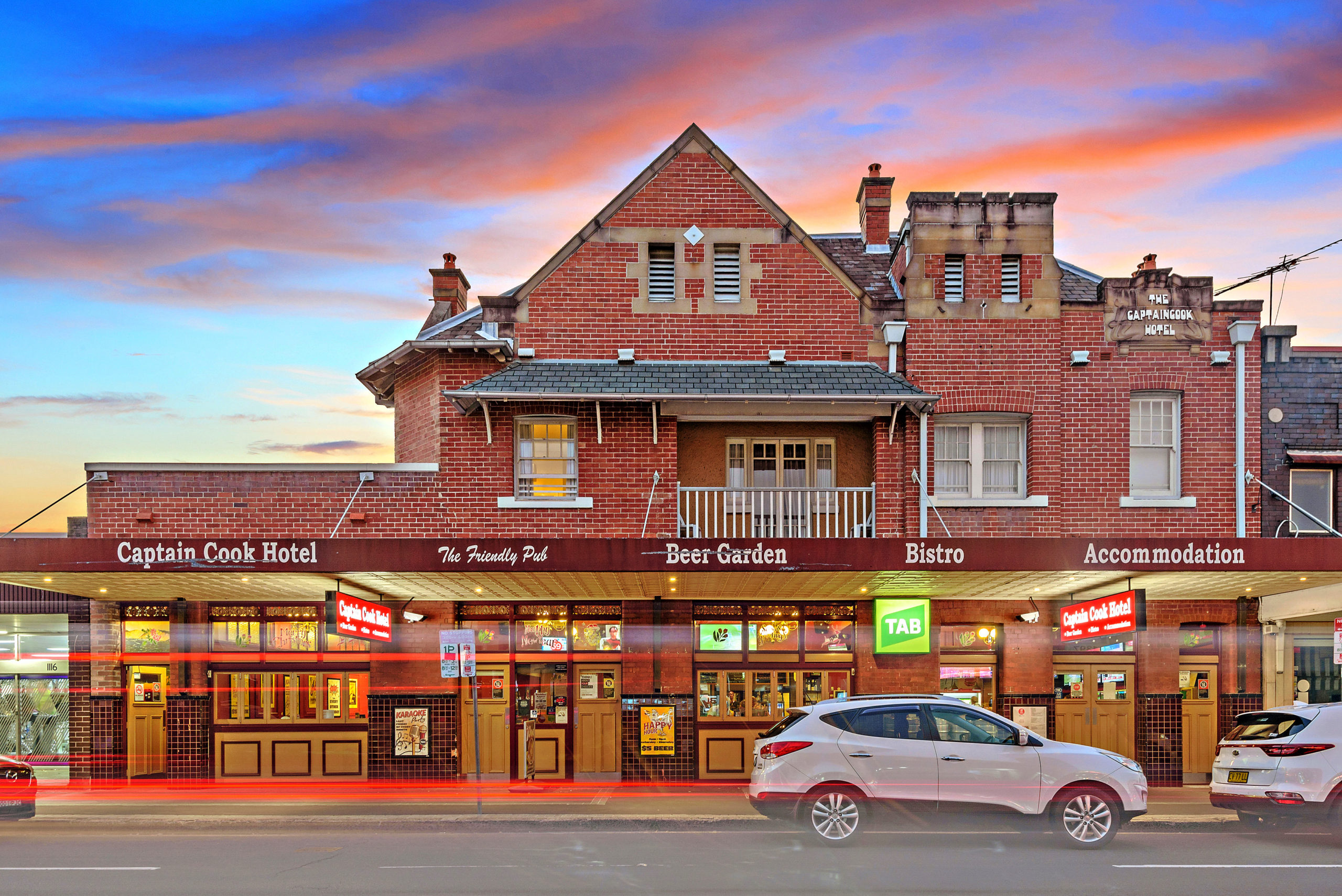 Home Press HTL Property is pleased to announce the off-market sale of the Captain Cook Hotel in Botany.

The exclusive agents have informed the market of the sale to popular hotelier and Fanatics Group founder Warren Livingstone, in the latest sign of unsatisfied demand for hotel investment opportunities. Livingstone has added the hotel to his existing stable of pubs including the Charing Cross Hotel (Waverley) and Hyde Park House (Darlinghurst).

HTL Property’s Sam Handy and Daniel Dragicevich negotiated the $16m off-market transaction on behalf of long time owners the Shannon family, and the sale follows the respective agent’s 2016 sale of the adjacent Waterworks Hotel on behalf of listed company, Lantern Hotels, for $17.25m.

“Warren is a great publican, we congratulate him on the purchase of the hotel and genuinely can’t think of a better custodian to take the business forward in consultation with the local community” advised successful Vendor Gina Hooper.

The Captain Cook Hotel operates under a 24hr liquor licence with 18 gaming machines; and is located within an SA2 Green Zone. Separately, the hotel enjoys an approved DA for a new gaming room smoking solution designed by leading architect Paul Kelly.

“I like the Botany area and I enjoy the hotels game” advised successful Purchaser and Owner of leading sports tour group The Fanatics, Warren Livingstone.

“It’s not too dissimilar to what I have been doing the last 20 years with Fanatics, that is, provide entertainment” added Livingstone.

“This is my 3rd Hotel after the Charing Cross and Hyde Park House so its nice to get some economies of scale and buying power. I’m in it for the long haul now but I still enjoy taking a few sporting events around the world every now and then” Livingstone concluded.

HTL Property Director Sam Handy believes that the Bayside LGA is home to some of the State’s highest performing gaming rooms; with the Captain Cook Hotel boasting all the necessary core trading attributes to join them.

“We look forward to Warren building significant value into the operation by way of implementing his food and beverage expertise in concert with activating the approved gaming room D.A. concluded Handy.The Captain Cook Hotel is prominently located within the main retail and commercial precinct of Botany – situated between the Sydney Airport and Port of Sydney. In addition, the hotel is just a few minutes’ drive from Frasers Property Australia’s Tailors Walk development; which will see 400 new apartments added to the area.

“We had worked closely with our clients over a number of months to understand and then confidently illustrate to potential Purchasers the upside levers inherent in the business offering” advised HTL Property’s National Director Daniel Dragicevich.

“It’s a systematic and deep dive approach we take with clients regarding a valuable asset such as the Captain Cook, and it remains a key focus and differentiator for our business when charged with the responsibility for extracting maximum exit value” concluded Dragicevich.

“We find ourselves, as a property investment class collective, at the beginning of a very long and low interest rate environment. With the only clear way out being to identify and secure assets indexed to attractive, stable yield profiles. To do anything less is to strap equity into an anaemic return profile, and one which simply can’t escape the unflattering prognosis for low risk investments worldwide” concluded HTL Property’s Asia Pacific Director, Andrew Jolliffe.