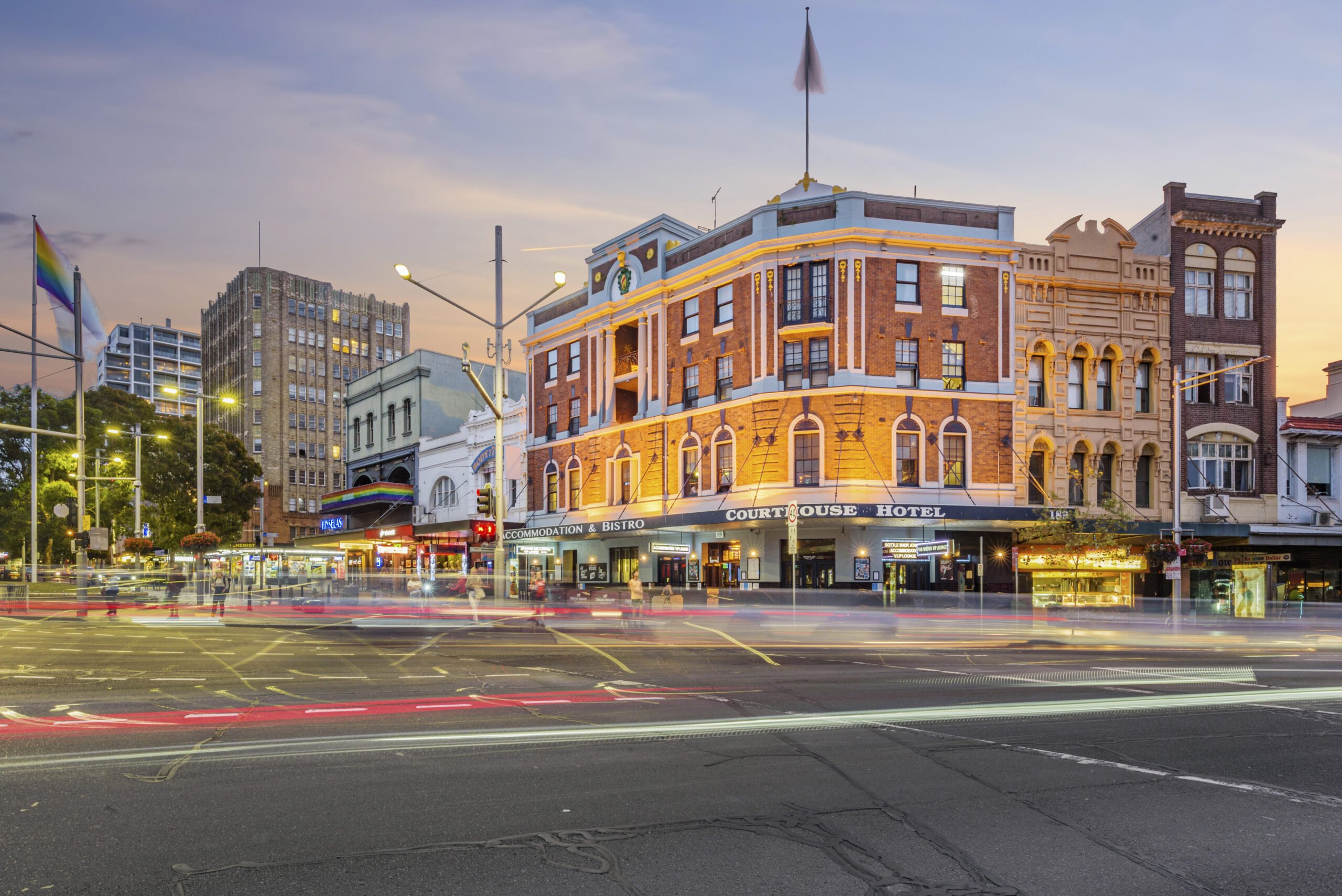 The off-market sale, participated in by a determined and very capable selection of targeted buyers, has resulted in an unconditional Exchange of Contracts to one of Australia’s leading and most agile hospitality groups.

Exclusively engaged by the hotel’s long term owners and represented by Dan Dragicevich, Andrew Jolliffe and Sam Handy, HTL Property advises that the interest in acquiring the 4 level main property and adjoining commercial
property was both deliberate and active.

“The Courthouse has to be one of the most recognisable pubs in Sydney and having been in the same hands for over 30 years, the uniqueness of the offering attracted significant interest from a broad range of buyer profiles. The
widely held view is that Oxford Street is in for a renaissance in the years to come as astute investment houses and developers seek a foothold in what will be the city’s only 24-hour precinct following the reshaping of the lockout
laws” advised HTL Property National Pubs Director, Dan Dragicevich.

The HTL Property agency would not be drawn upon as to the price paid in order to secure ownership of the asset, however confirmed that it was consistent with the firm’s expectations and high level guidance. HTL Property’s own analytical data illustrates the run rate of hotel sales in NSW during the CV-19 period from March to November 2020 now sits at 37 sales in 36 weeks.

“Whilst down on the same period last year, the comparative data certainly points to a transaction landscape which houses willing buyers and sellers; and critically, financiers” commented HTL Property Market Analyst, Liam Regan.

“Our detailed forecasts and nation-wide receptors underwrite our positive view regarding further sales prior to the conclusion of the Calendar Year” Regan added.

With approximately $300m worth of NSW hotels transacting on a consolidated basis during the CV-19 period alone, incorporating 37 hotel sales in 36 weeks, HTL Property is witnessing first hand how its national client base is achieving prosperous outcomes when taking advantage of the historically low interest rate environment.

“We have seen strategic advances implemented by clients, whether on the buy or sell side of transactions during this past year, that have extracted hugely rewarding outcomes” added HTL Property’s Managing Director, Andrew Jolliffe.

“As such, the asset class remains heavily pursued by astute sources of both capital and debt, and represents a safe investment environment in a geographically shrinking region for A-grade opportunities” Jolliffe concluded.

The sale of the Courthouse Hotel brings HTL Property’s Sydney Metro consolidated freehold hotel sales to $164.85m for CY2020 alone; a 72.1% market share when compared to its competitive set.