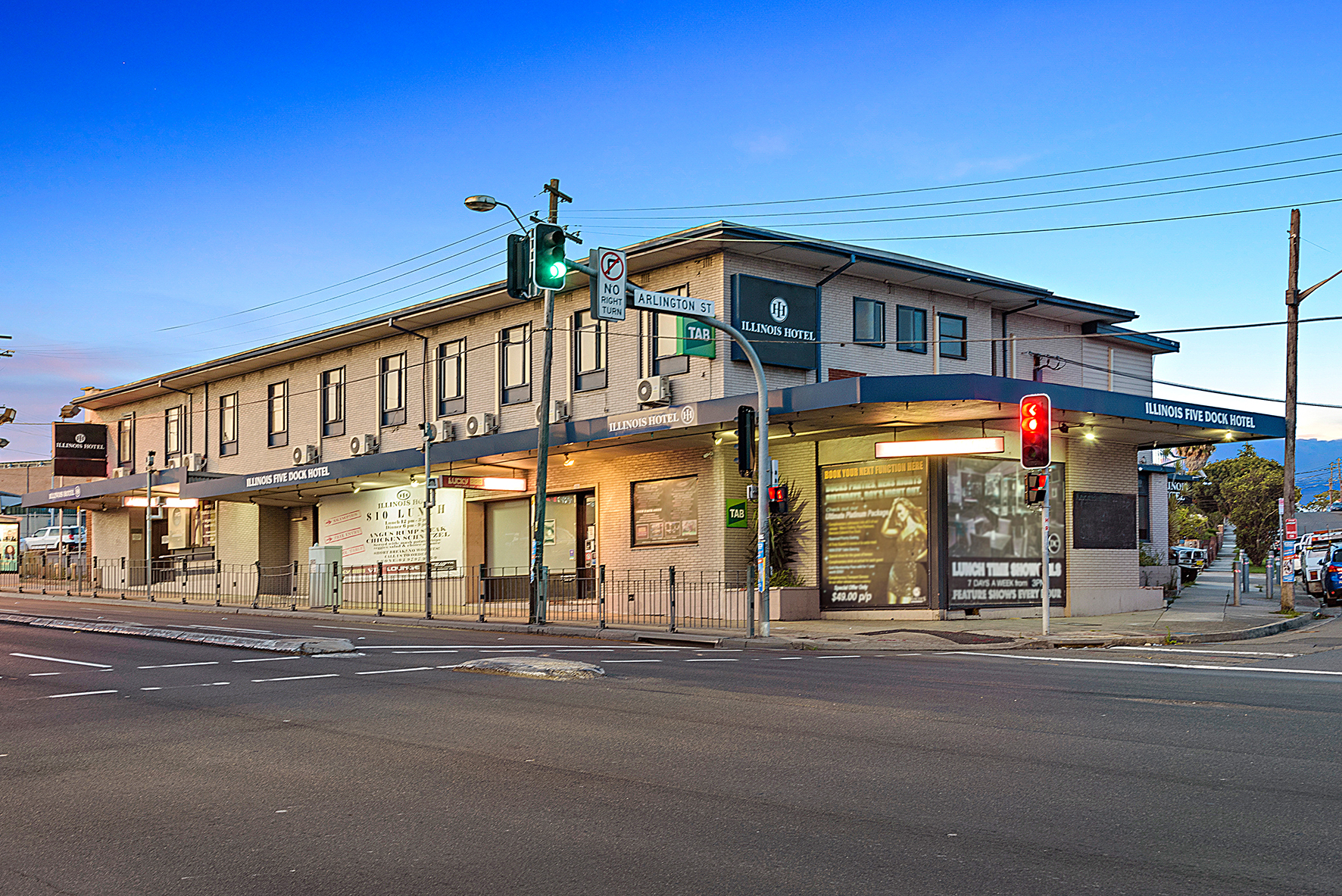 In addition to an exchange of Contracts regarding the Camelia Grove Hotel in Alexandria, HTL Property now proudly advises that it has sold The Illinois Hotel in the Sydney suburb of Five Dock to former Wallaby Bill Young.

The deal, struck at approximately $15m, serves as the latest edition to Mr Young’s impressive portfolio of pubs; which now incorporates the Palace Hotel at Mortlake, the Five Dock Hotel, the Wiseman’s Ferry Hotel and the
recently purchased Friend in Hand Hotel in Glebe.

The Vendor is Bruce Hardin, who has owned the hotel since 2005 and who still actively operates licensed premises in the Sydney CBD.

The freehold going concern hotel is located on Parramatta Road, and is situated upon a 1,733m2 land parcel; the sale of which included an adjacent residential house dwelling. The Illinois Hotel features a bar, bistro, 20 gaming
machines, first floor accommodation rooms the currently trades as a sports bar and late night entertainment venue.

The Purchaser, Mr Young, plans to reposition the asset back to a more familiar hotel and sports bar offering; moving away from a dependence upon late night entertainment. “We exchanged Contracts for the Illinois Hotel on the back of a frantic few months of hotel transactions, which included the sale of another Inner Western Sydney hotel offering in the form of the Unity Hall Hotel in Balmain” advised HTL Property Director, Blake Edwards.

“We have a number of other Sydney Metropolitan hotel assets scheduled to come to market over the coming months, and which we are looking forward to announcing to the market shortly” concluded Edwards. “Like we did with our clients at the Illinois Hotel, we work closely over a number of months, and sometimes years, in order to properly execute the timing regarding the introduction of an asset to market” added Dragicevich.

“Hence at any given point in time, we will host a number of hotel acquisition opportunities in various stages of market preparedness; and of which we intend introducing one or two prior to the end of Q3FY20” concluded Dragicevich.