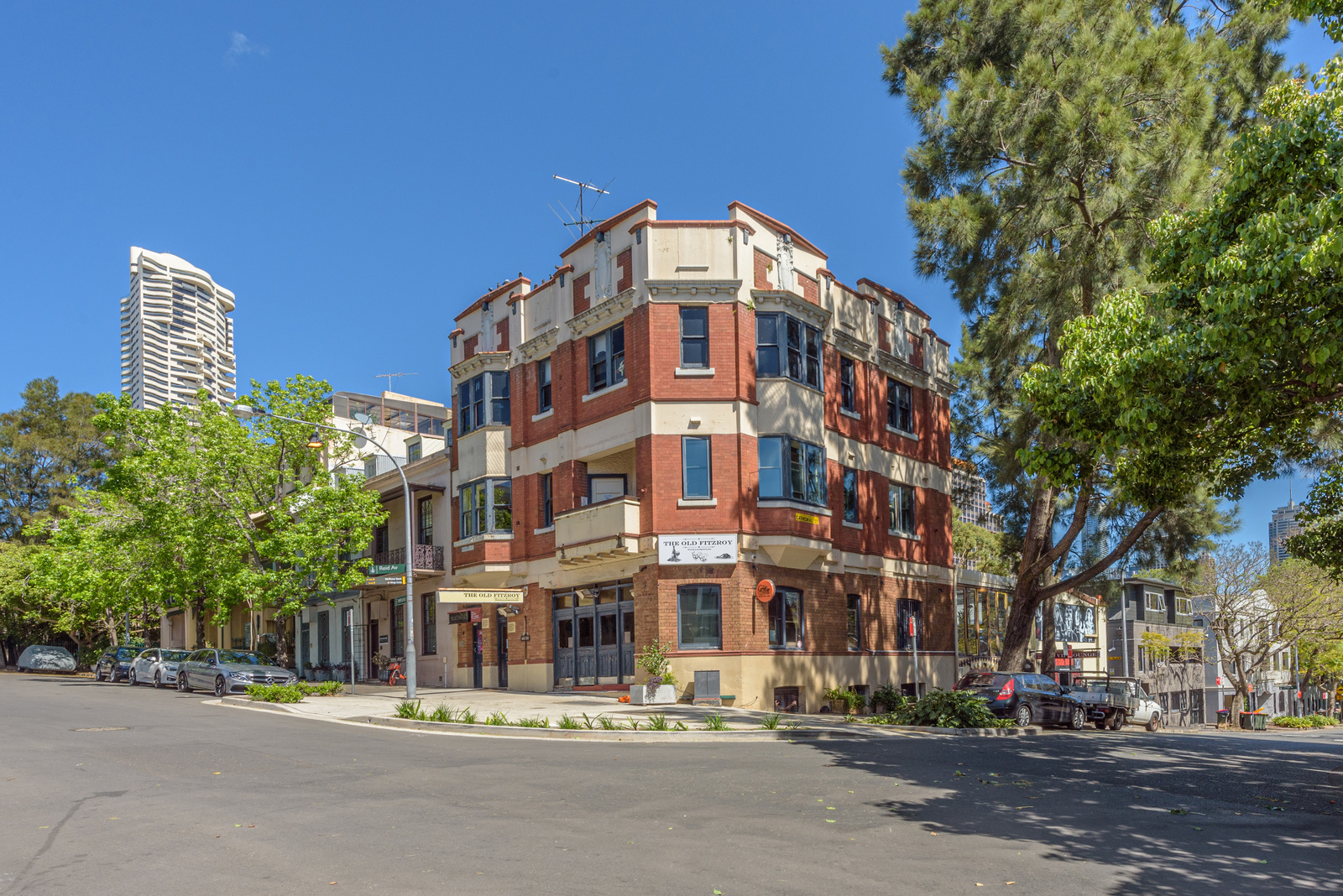 The freehold interest in the Old Fitzroy Hotel in Woolloomooloo has changed hands, ending weeks of speculation that the iconic hotel and theatre would be closed and sold off to residential developers.

Situated within the narrow back streets of Woolloomooloo, the pub uniquely houses The Old Fitz Theatre – a popular live theatre venue that has enjoyed a cult following since its inception in 1997. The theatre is run by Andrew Henry’s Red Line Productions, and regularly enjoys sold out performances.

Citing a desire to exit the industry, the hotel was placed on the market last month by Garry and Olga Pasfield, who exclusively engaged HTL Property’s Sam Handy and Blake Edwards in order to negotiate the sale; and which attracted extensive interest from hoteliers, investors and developers alike.

The Old Fitz Hotel and Theatre has been sold to Michael and Prue Williams, founders of W Property; a commercial property development and investment company specialising in the adaptive reuse of old and heritage buildings across Sydney. Prue is also the founder of a film production company, and has close links to the Old Fitzroy Theatre, being a member of its advisory committee.

Now that they have secured the freehold, the couple intend on leasing the pub to a food and beverage operator; and formalising a long term lease with Red Line Productions.”

This acquisition is a real marriage of our two strongest passions – old buildings and the arts” commented new owner Michael Williams. “We’re really excited about working with a new operator for the pub, and also with Andrew Henry in order to inject some new life into the pub and theatre at the same time as preserving its obvious character and local appeal” Williams added.

The sale of the inner-city institution, a topic of intense media speculation over the last few weeks, has drawn widespread attention as well as vocal interest from locals wanting to see the hotel and theatre continue in its current operating format.

Whilst a carefully curated campaign was undertaken to garner interest from hoteliers, investors and developers alike, HTL Property’s Sam Handy was always of the personal belief that the property would (and should) remain a pub and theatre.

“Quite clearly the Old Fitzroy Hotel has some excellent underlying redevelopment fundamentals, and was of interest to several alternative use suitors” advised HTL Property Director, Sam Handy.

“However, in my view some hotels are simply just too important to the local fabric of the community to make wholesale changes to, and I think this is true in the case of the Old Fitzroy Hotel” added Handy.

“We are absolutely elated we could achieve a strong price for our clients in order to see the history and tradition of this hugely popular Sydney institution preserved” Handy concluded.

The outgoing Pasfield family were equally excited at having sold the hotel to a like-minded couple that were keen on building upon their legacy; but did admit to the sale evoking a deep sense of nostalgia.

“We leave the Old Fitzroy with a heavy heart as it has been our home for the last 20 years” said former owner Garry Pasfield.

“Olga and I have a lot of very special memories attached to this place but are nonetheless excited to pass the torch onto Michael and Prue who we know will be more than worthy custodians” concluded Pasfield.