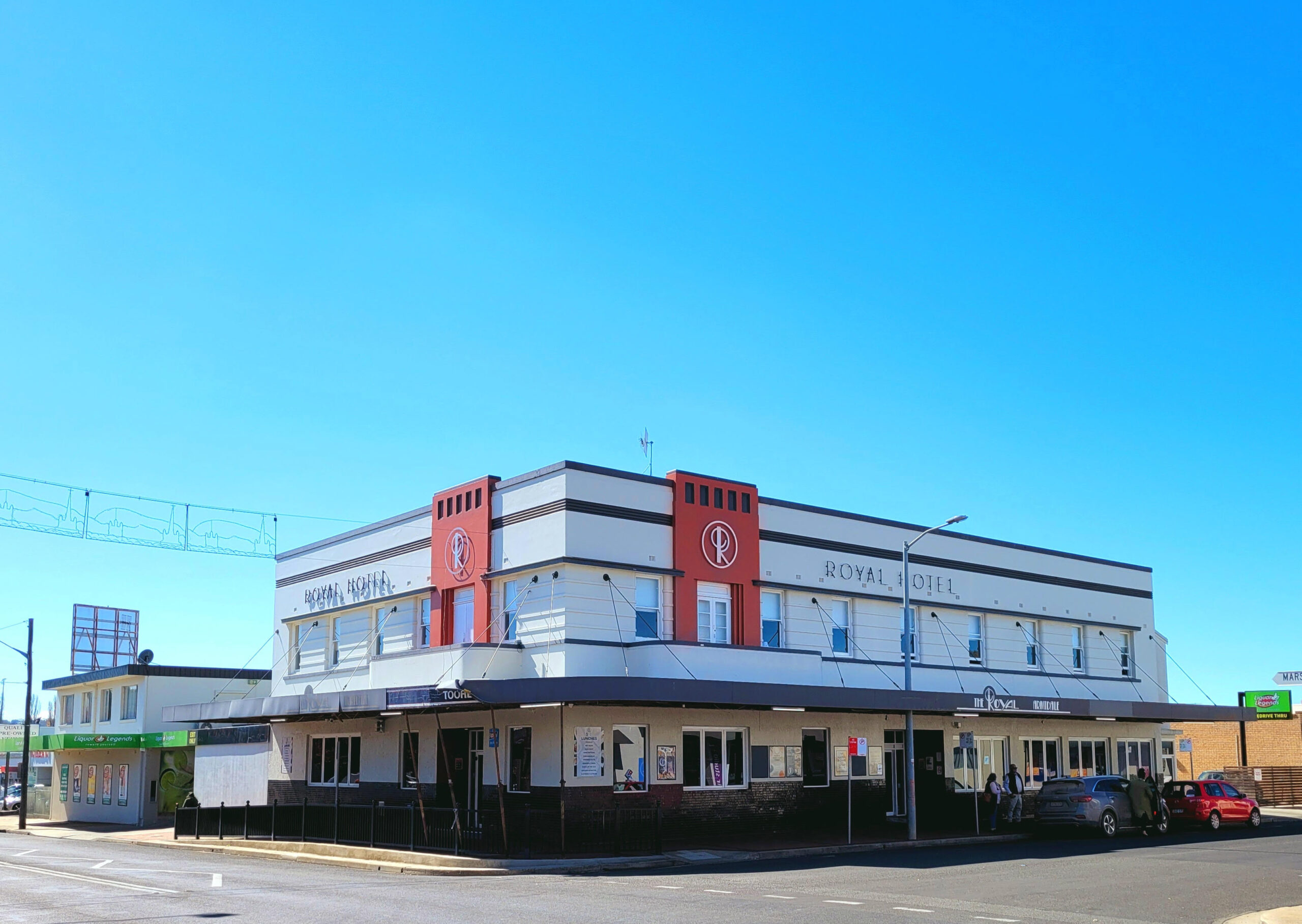 HTL Property is delighted to announce to the market the sale of the Freehold Going Concern interest in the Royal Hotel Armidale. The Sale of the hotel was managed exclusively by HTL Property’s Xavier Plunkett, via an off-market sale process and at a price in excess of $5m.

Vendors for the sale are a syndicate of local businessmen with diverse corporate backgrounds including accounting and construction.

The incoming purchaser is the highly regarded Roche Group which holds significant pub, hospitality and accommodation assets in both the Hunter Valley and Mid-North Coast regions; including the Mercure Hotel and Harrigan’s Irish Tavern at Pokolbin, as well as the internationally renowned Hunter Valley Gardens.

Separately, the Roche family is heavily invested in the New England area with a significant rural aggregation at the nearby Jeogla and Wallamumbi Station.

The incoming purchaser has retained all of the current management and staff and it will be very much business as usual at the Royal.

“There are no immediate plans for major changes to the business, however we will look to improve the overall hotel offering with a more food and beverage focused operation; and some management synergies and operational expertise coming from our group’s wider hospitality operations” advised Roche Group Executive
Chairman, Dominic Roche.

“Outside of the highly desirable yields on offer in regional areas, increased regional migration, regional infrastructure spending, a lower susceptibility to CV-19 related lockdown measures; and a robust agriculture-led rural economy are all major drivers of positive sentiment in the regional hotel space” Plunkett concluded.

The sale represents the second major Freehold Going Concern transaction in Armidale announced to the market by HTL Property this week.

HTL Property agents have transacted on more than $40 million dollars worth of Hotel assets in the New England region in the past month, with more sales to be announced in the coming weeks.