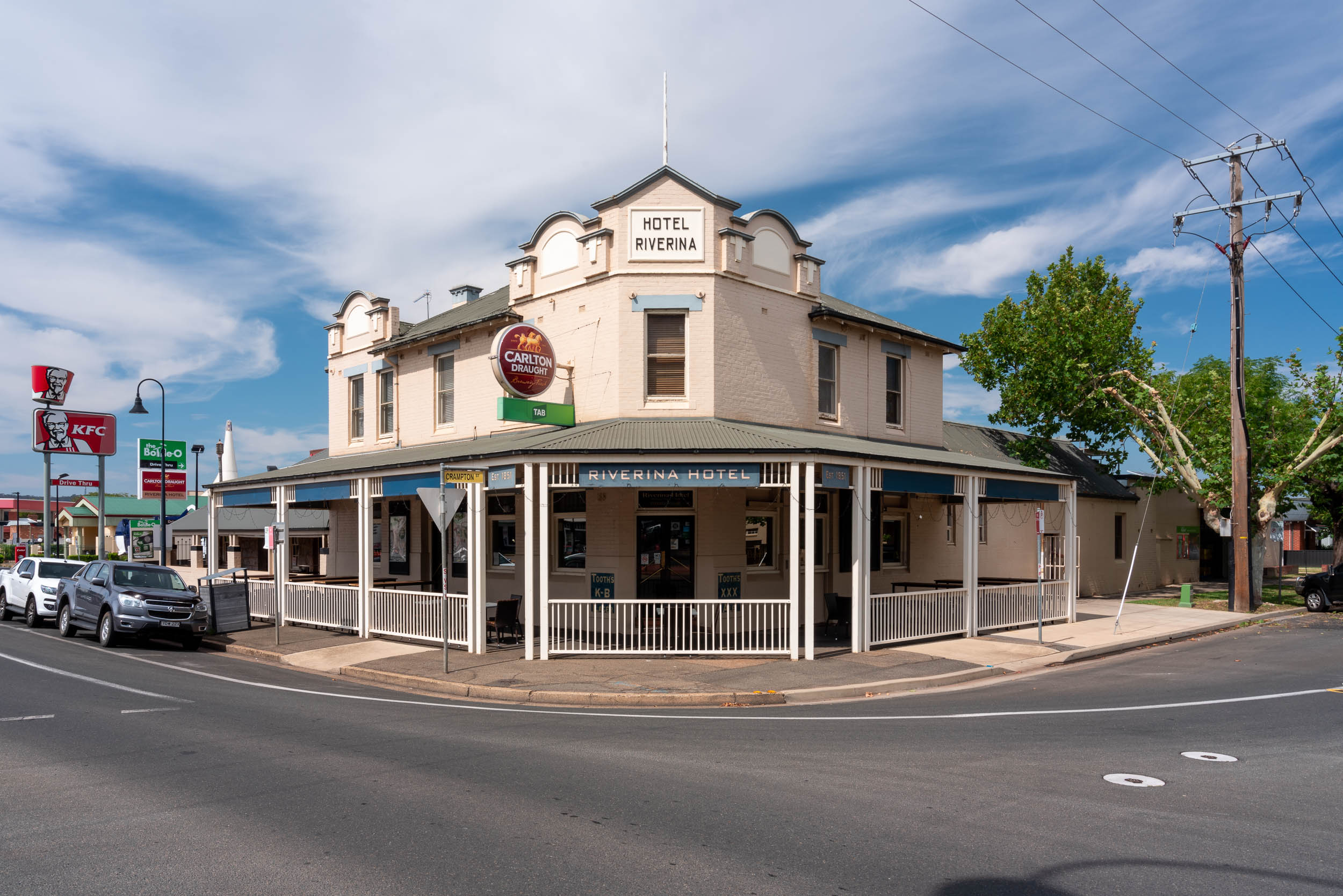 Wagga Wagga’s Riverina Hotel has sold to a Sydney based operator.

The well known asset is a freehold going concern hotel that features a bar, bistro, 16 very valuable gaming entitlements and a drive through bottleshop.

HTL Property is delighted to have represented Joe Walsh and his family regarding the sale of the freehold going concern interest in the Riverina Hotel, Wagga Wagga.

“At more than $1m per week in regional hotel sales, we reconfirm our earlier guidance regarding the potent depth of investment interest in sub-metro markets of substance” Edwards concluded.

Freehold going concern hotel featuring bar, bistro, drive bottle shop, gaming room and Manager’s unit
Located in NSW’s largest inland city, with a population of approximately 62,000* in the LGA
Includes 16 valuable gaming entitlements
3am liquor licence, currently only being traded to 10pm most nights
Large 1,752sqm* block with off street car parking
Well diversified revenue streams, not over reliant on any one source for profit