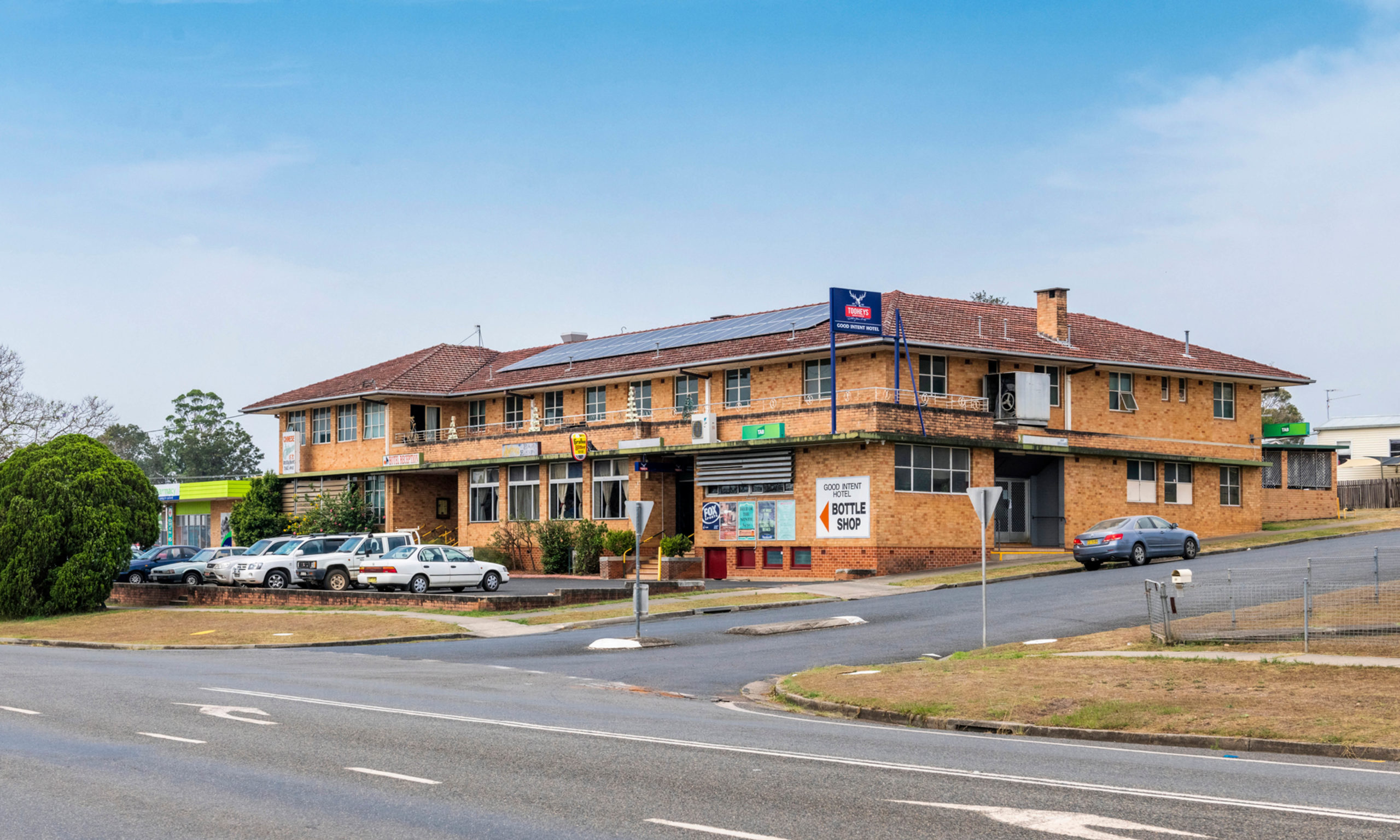 HTL Property is delighted to announce to the market the Sale of The Good Intent Hotel and adjacent retail shopping complex in the NSW North Coast regional centre of Grafton.

The Purchasers are a large North-Coast NSW Pub Syndicate who will look to own and operate the Hotel. The Vendors are Sharon and Rod Masen, who have had the hotel in their family for 63 years since Rod’s late father built the property in 1957.

The Good Intent Hotel is the only true suburban hotel offering in South Grafton, with its full-format hotel offering ably supported by strong poker machine revenues and multiple other income streams.

“Whilst the lion’s share of the trade is sourced from the robust gaming and bar revenue centres, the additional $100,000 per annum in passive retail rent from the adjoining shopping centre provides investment protection through profit source diversification” advised HTL Property Sales Associate, Xavier Plunkett.

“The Hotel exhibits many desirable trading characteristics sought after by the most experienced and successful publicans; including a large land holding with ample car parking, and its prime positioning on a major arterial road with easy street access to industrial zones and strong blue-collar employment levers” concluded Plunkett

The asset was discretely marketed by HTL Property as a strong gaming opportunity, and as at the time of sale was the second-highest performing gaming asset in Grafton. Further inherent opportunity is presented by the 20 unused pub rooms, and separately by the hotel’s proximity to the enormous infrastructure spend within the Region.

Regarding which, the Good Intent Hotel is the nearest pub to the brand new $788 million Clarence Correction Centre; Australia’s largest Supermax Prison. Where 600 new employees and their families are expected to move to the area upon completion in mid-2020, and where it is anticipated a shortage of short stay accommodation for visitations exists.

The sale of the Good Intent Hotel sets a record price paid for a Pub in the Clarence Valley LGA.

“This transaction is a vote of confidence in both the very fertile Northern Rivers economy, and the regional hotel market generally as it avails itself to investors seeking different capital preservation and equity return profiles” advised HTL Property Managing Director, Andrew Jolliffe.

“Regional visitation, and therefore revenue activation, is more prolific today than ever before in both traditional and accommodation based hospitality offerings; and we’re advocates for this trend to continue for a number of cycles” Jolliffe concluded.

The Sale of The Good Intent Hotel is the fourth major pub sale in the Northern Rivers for HTL Property in the past 12 months, with an enviable track record including; the Coolangatta Sands Hotel (Coolangatta), The Ivory Tavern (Tweed Heads) and the Australian Hotel (Ballina).