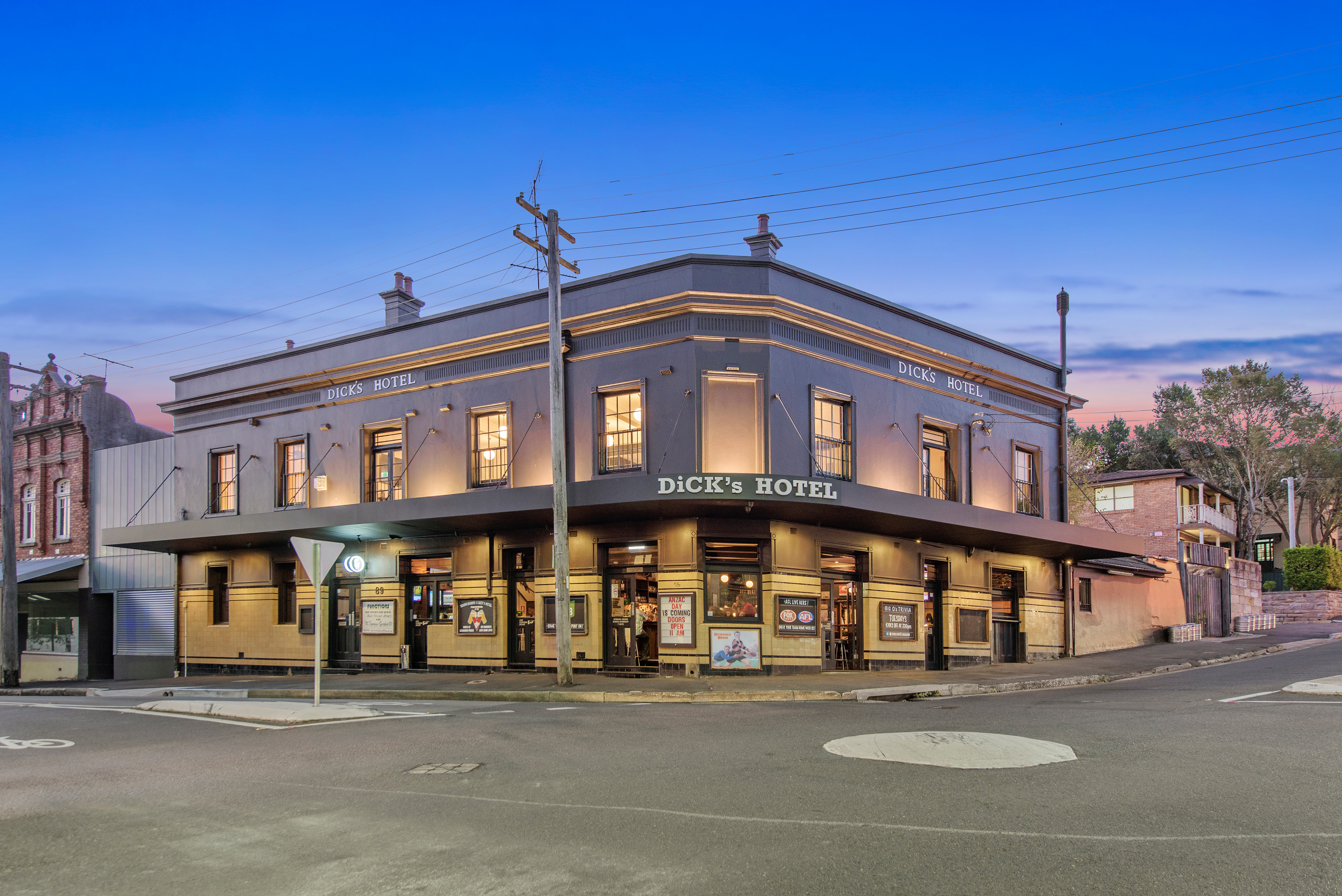 The Sydney pub market has continued its strong performance with recent sales including the auction of Sydney’s Padstow Inn, which sold under the hammer for 26m last month; as well as a raft of high value regional sales such as EBC Capital’s Ophir Tavern in Orange which sold to the well-known and Sydney based O’Hara family, and the separate sales of both the Amaroo and Commercial hotels in the State’s Central West regional centre of Dubbo in the same week.

All sales were concluded by leading firm Ray White, who now bring to market the hugely popular Dick’s Hotel in active Balmain.

Asia Pacific Director, Andrew Jolliffe, believes hotels such as Dick’s in Balmain, and the market generally, are in good order. “We’re on record as saying the market for well positioned, reliably profitable, A grade hospitality stock is extremely strong; and strengthening” said Jolliffe.

And in Balmain, a noted pub suburb, the sale of the Dick’s Hotel comes at a time when two other hotels, The Exchange and Town Hall, were recently converted to other uses. “The validity of the East Coast property market is underpinned by particularly strong commercial property fundamentals, and accordingly it is no surprise to us that we find ourselves at an inflection point in terms of the test for highest and best use for some assets within the category” advised Jolliffe. “The departure in terms of revenue capture of both the Exchange and Town Hall hotels provides for a more enhanced existence regarding the potential for profit generation for the remaining Balmain hotels, and Dick’s is the most proximate hotel to these two repurposed hotel properties” believes Jolliffe.

Spread over two impressive levels, the Balmain institution enjoys the enviable reputation of having the largest beer garden in the area, and is one of only four Sydney Swans preferred platinum supporter venues Australian wide.

“The hotel occupies a highly visible corner site spanning in excess of 600 very valuable sqm’s, and in addition to more than $3m per annum in food and beverage revenue, operates 9 gaming machine licenses with the ability to increase this number significantly” said Jolliffe.

Having previously sold the inner-west’s Cat and Fiddle, Nag’s Head, Vic on the Park and most recently Rozelle’s Garry Owen, Jolliffe and his colleague Blake Edwards are well placed to comment on the market depth for signature suburban hotels such as Dick’s.

“Typically, a $3m to $4m equity cheque will afford an investor a prime commercial property holding with an identifiable and reliable history of revenue generation” commented Edwards.

“When we think about this opportunity in the context of other property related investments where the barriers to competitive entry aren’t nearly as high as what they are in the heavily regulated licensed premises landscape, it shouts appeal to astute parties looking for a cash flow indexed yield play with the benefit of downstream alternate use flexibility if desirable” concluded Jolliffe.

Dick’s Hotel in Balmain is being sold via Expressions of Interest campaign concluding Wednesday 30 May, with similar hotels being sold for $10m.