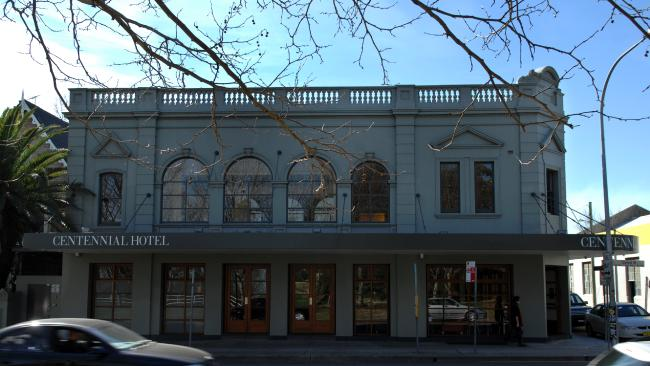 Iconic Sydney freehold hotels continue to trade with the sale of the Eastern Suburbs’ Hotel Centennial to the Justin Hemmes led Merivale juggernaut.

Following sales in the past few weeks of the Royal Hotel in Bondi, the Vic on the Park in Marrickville and Collaroy’s beachfront hotel, Ray White’s Asia Pacific Director of Hotels Andrew Jolliffe has now concluded the off-market sale of The Hotel Centennial to Justin Hemmes.

Jolliffe, who has now sold in excess of 1.75bn in hospitality assets in the past 5 years, has long espoused the view that market conditions for A-Grade hospitality properties enjoy strong favour and tightening yields.”We’ve been both liberal and robust in our view over the past 24 months that the spread between cost of funding and yield for A-Grade hospitality assets is well placed to contract further next year” said Jolliffe.

“The fundamentals are all pointing to this outcome, and the argument supported by astute hotel investors, by virtue of deed, is illustrative of this market response” Jolliffe concluded.

The Hotel Centennial was sold by the Medich family this week, following Jolliffe’s 2015 sales of the family’s other hospitality properties in the form of the Woolloomooloo Bay Hotel, The Woolwich Pier Hotel and Mosman’s Buena Vista Hotel. The Hotel Centennial is a landmark double storey Eastern Suburbs Hotel occupying a 780sqm Oxford St location opposite Centennial Park.

The Medich family, via their Halcyon Hotels vehicle and headed by Anthony Medich, acquired the hotel in 2014 and undertook substantial renovations; consequently attracting clientele from both the broader Eastern Suburbs; as well as the design, art and fashion industry.

Often the meeting place for post Randwick race day participants, and supporters of all codes at the nearby Sydney Football Stadium and Sydney Cricket Ground respectively; the Hotel Centennial enjoys a strong connection to the Eastern Suburbs and under the expert curation of Justin Hemmes, will undoubtedly further cement itself as a premium hospitality offering.

“Like a handful of other iconic hotels, The Hotel Centennial is a very valuable piece of Sydney commercial property, and for decades has been a favoured meeting place for local residents and visitors to the area”.

“We are delighted to have again enjoyed the Medich family’s trust with such a valuable asset, and feel equally pleased to have matched this famed property with such an appropriate suitor in Justin Hemmes” concluded Jolliffe.

Jolliffe, announced the 1000 office Ray White Group’s number 1 agent internationally in 2017, and who recently sold the nearby Woollahra Hotel for John Ryan to Public House Management Group for $30m, would not be drawn upon price in relation to the off-market sale of the Centennial Hotel.