Padstow Hotel Sold Under the Hammer 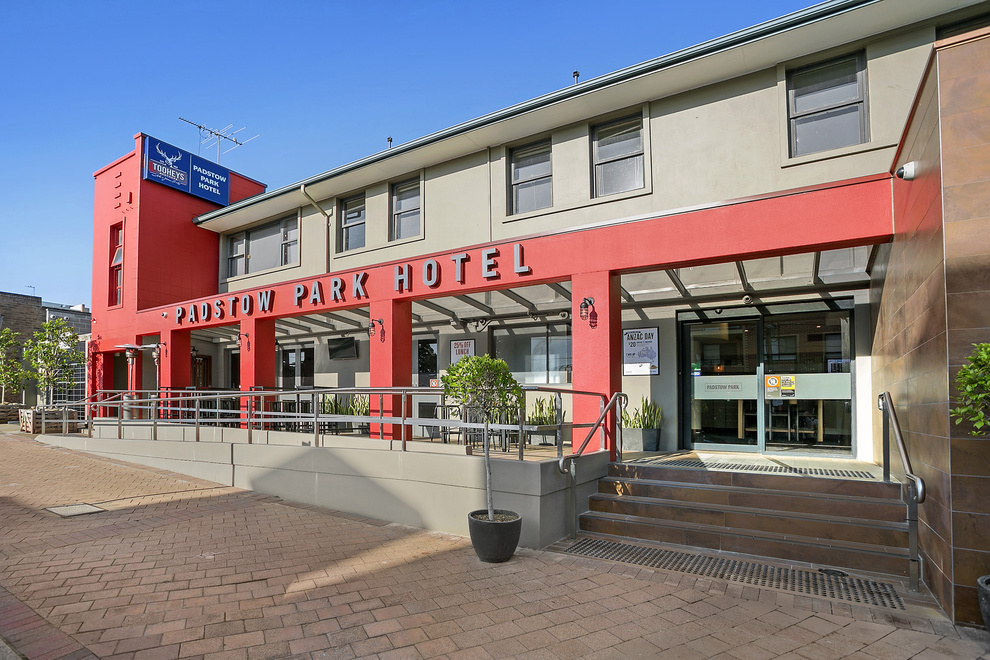 The hotel, currently ranked 169 in the State’s top 200 gaming hotels, and the recipient of a recent extension of trading hours
windfall until 2am, is situated opposite Padstow train station on a 2700 sqm block.

Jolliffe advised that the auction room was again well supported by astute purchasers, and consequently a number of bids were
received.

“Our auction sale record is now sitting at an 86% success rate, something we are very committed to upholding and growing” said
Jolliffe.

“The hotel received an extraordinary level of interest, albeit commensurate with the quality of the opportunity, via the on-market
campaign process; and was ultimately purchased for $26,000,000.00 by JDA hotels who enjoyed a management agreement at the
hotel” confirmed Jolliffe.

The hotel was purchased by White & Partners in 2014 for 13.7m when sold by Wesfarmers hospitality arm Coles Liquor.

“The market remains particularly active at present with the bandwith of sales for A grade hotels operating between 7% and 8.5%”
commented Jolliffe. Further citing the continued stability and low cycle point for interest rates, and the increasingly benign
landscape for legislative headwinds.

Speaking on behalf of the purchaser, John Feros said he was pleased with the outcome. “We clearly know the hotel, and have a
good appreciation of the area; having operated hotels in that part of Sydney for decades” said Feros.

“We are active buyers in the market, and will continue to seek and transact upon well located opportunities where we see we can
add value” Feros concluded.

“Nationally, this industry is better funded, guided and operated than at any other time in its long history” said Jolliffe. “Lending
itself to continued market strength and investment grade longevity” Jolliffe concluded.

Ray White Hotels Australia has another 80m worth of hospitality assets currently under agreement, including the Ophir Tavern in
the State’s South West which the firm sold on behalf of Sydney based P.E. firm EBC Capital last Friday following an EOI campaign.