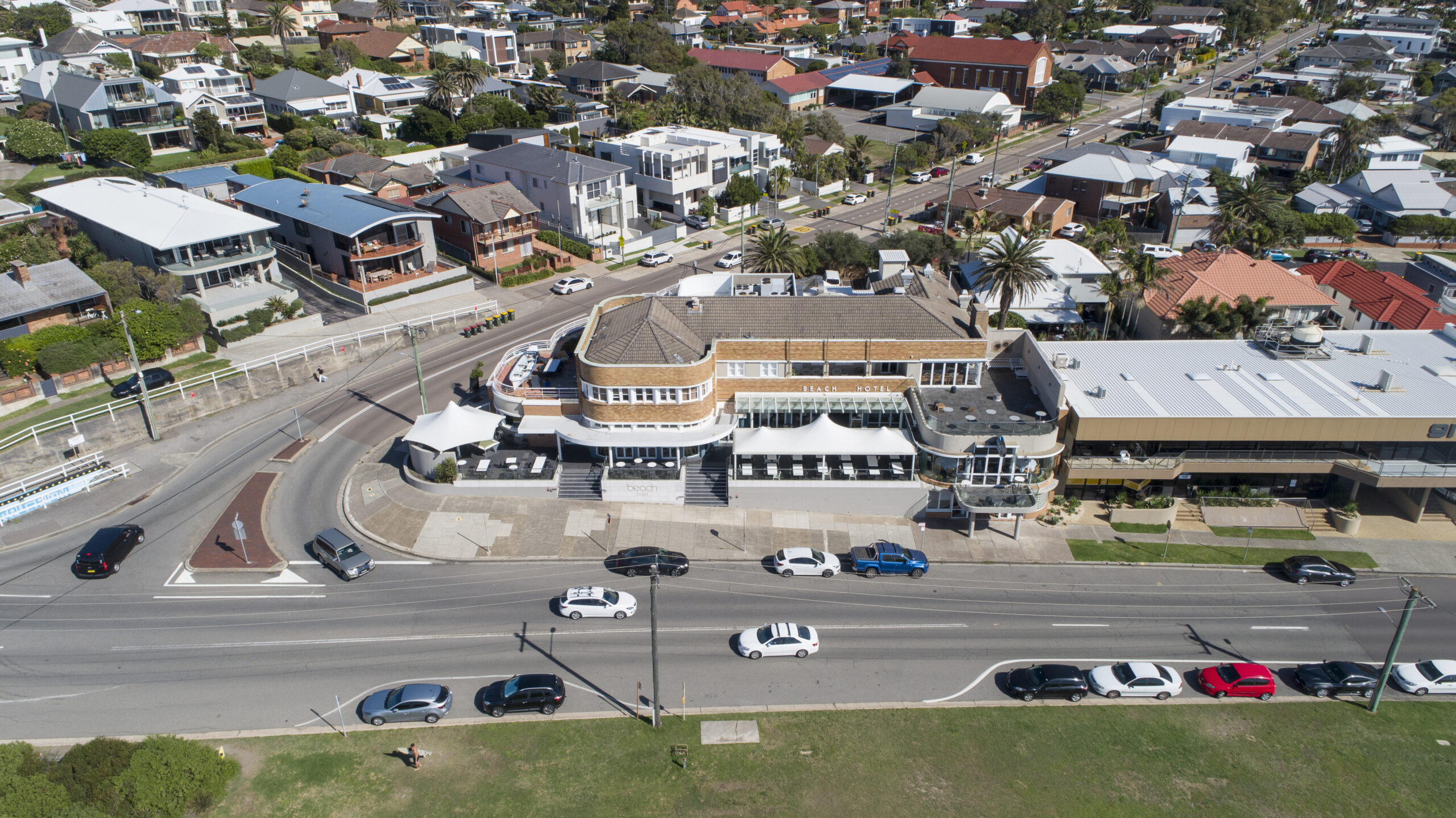 Sold to highly regarded investor Glenn Piper, the Newcastle Beachfront icon promotes an expansive multi-level corner pub adorned upon in excess of an 1850-sqm site. A local institution for over a century, the Beach Hotel is located only a stone’s throw away from the shoreline; and enjoys uninterrupted and panoramic views of the ocean.

“The Beach Hotel is a truly magnificent property, with one of the best pub views in the country” advised successful Purchaser, Glenn Piper.

“It has been part of the community since the 1880’s, so I feel humbled and excited by this once-in-a-lifetime opportunity to take it on” Piper added.

The significant hotel land and business was sold by HTL following an international expression of interest campaign.

“The Beach Hotel is more than just a pub to Novacatrians. A truly local keepsake of which the beachfront, scalable fundamentals are extremely rare and irreplaceable. The new DA will elevate this generational property into the sphere of similar Sydney-based hospitality operations such as Watson’s Bay Hotel and the Coogee Pavilion, further cementing Newcastle’s renaissance as a genuine capital city” Dragicevich concluded.

Piper, who has enjoyed an esteemed career in property, is passionate about creating vibrant destinations that respect the history of the area and celebrate the community that call it home. His recent transformation of Harbord Hotel took its cues from Freshwater’s history, creating a true beachside haven informed by the surf culture that has long been embedded in its name.

“Both pubs share a wonderful affinity with the surf – the salty sea air is part of their DNA. That’s exactly what we wanted to capture at Harbord and certainly what we’ll celebrate at Merewether, the home of Australia’s largest surf carnival” concluded Piper.

“Last month we tabled our considered view that $1bn worth of hotel assets would transact during the June quarter of this year” advised HTL Property Managing Director, Andrew Jolliffe.

“Accordingly, and on a prorated basis, we are on track with this forecast, and reconfirm our earlier guidance for a record year again in 2022” commented Jolliffe.