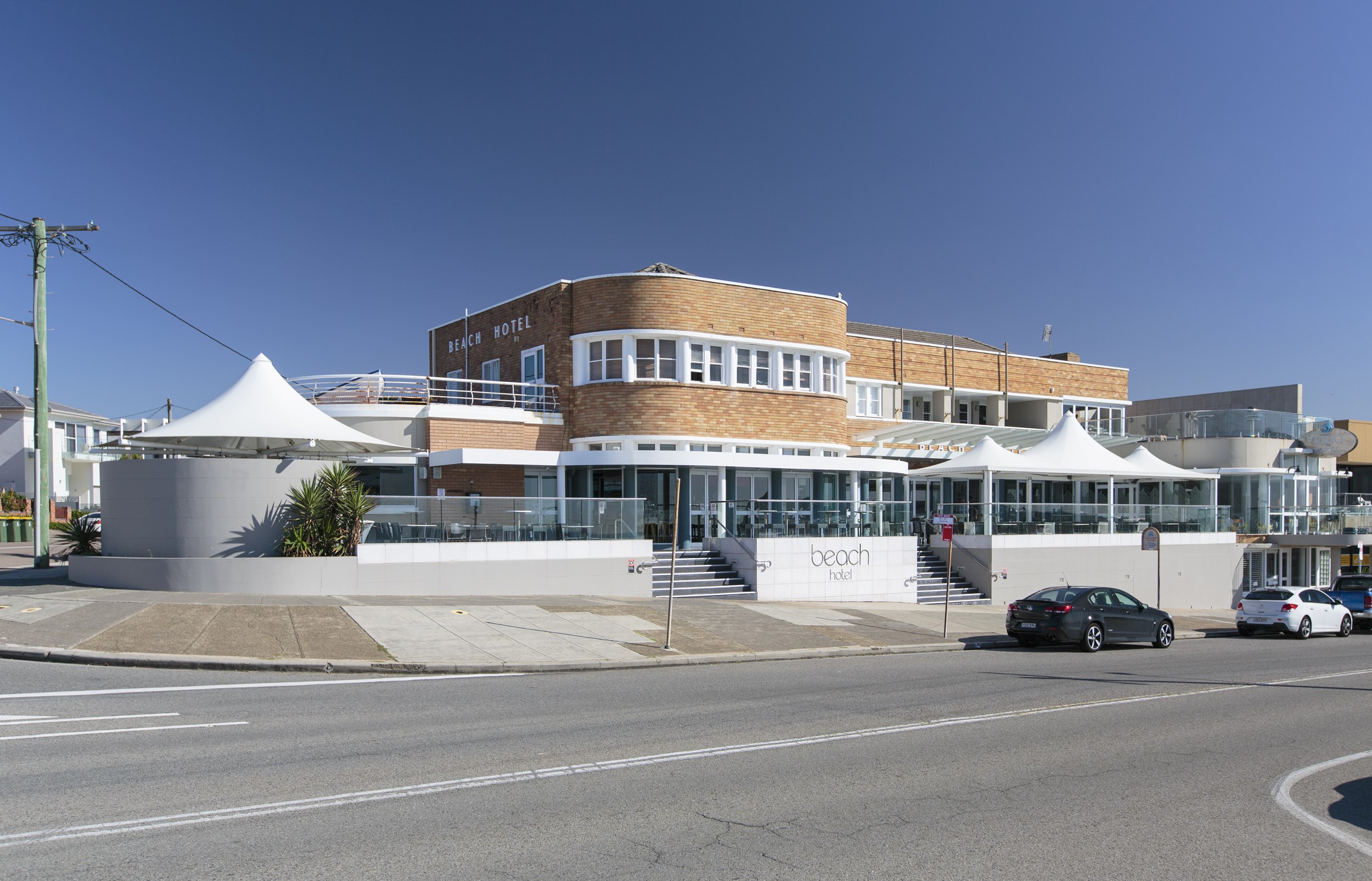 The picture perfect large format hotel, which now enjoys the benefit of an approved DA, scans the Pacific Ocean from its commanding vantage point.

“Having owned this iconic hotel for a number of years, we find ourselves at a juncture having sought and receiveda shape shifting DA that will positively transform the business for the next 50 years of its life” advised Andrew Lazarus.

“So, we are using this point in time to engage HTL to take the hotel to market before pressing the button on the new refurbishment” Lazarus added.

“Given the recent and very effective work HTL have been doing regarding the national hotel landscape, we are both committed to, and wholly expecting a new owner to be steering the future of this rare hospitality property” concluded Lazarus.

Set across 1850sqm of super prime commercial property holding, the triple street front and multi-level pub operation draws material weekly revenue numbers from restaurant, bars and gaming revenue. With the legendary beer garden being a magnet that draws patronage from the entire region.

“Already with a permissible 3am trading platform, the post DA version of The Beach Hotel will seek to activate the largely unused first floor of the premises; as well as elongate trading hours via the introduction of a state of the art early opening cafe” added Dragicevich.

Recent media reports have highlighted the $8.5bn government and private sector investment into Newcastle, including the airport and CBD remodelling; cementing the future of the now indisputably World Class coastal city that promotes a population growth rate greater than any other NSW region.

“Landmark assets such as this one are once in a lifetime for a reason, because they are both irreplaceable and seldom available to acquire” Jolliffe concluded.