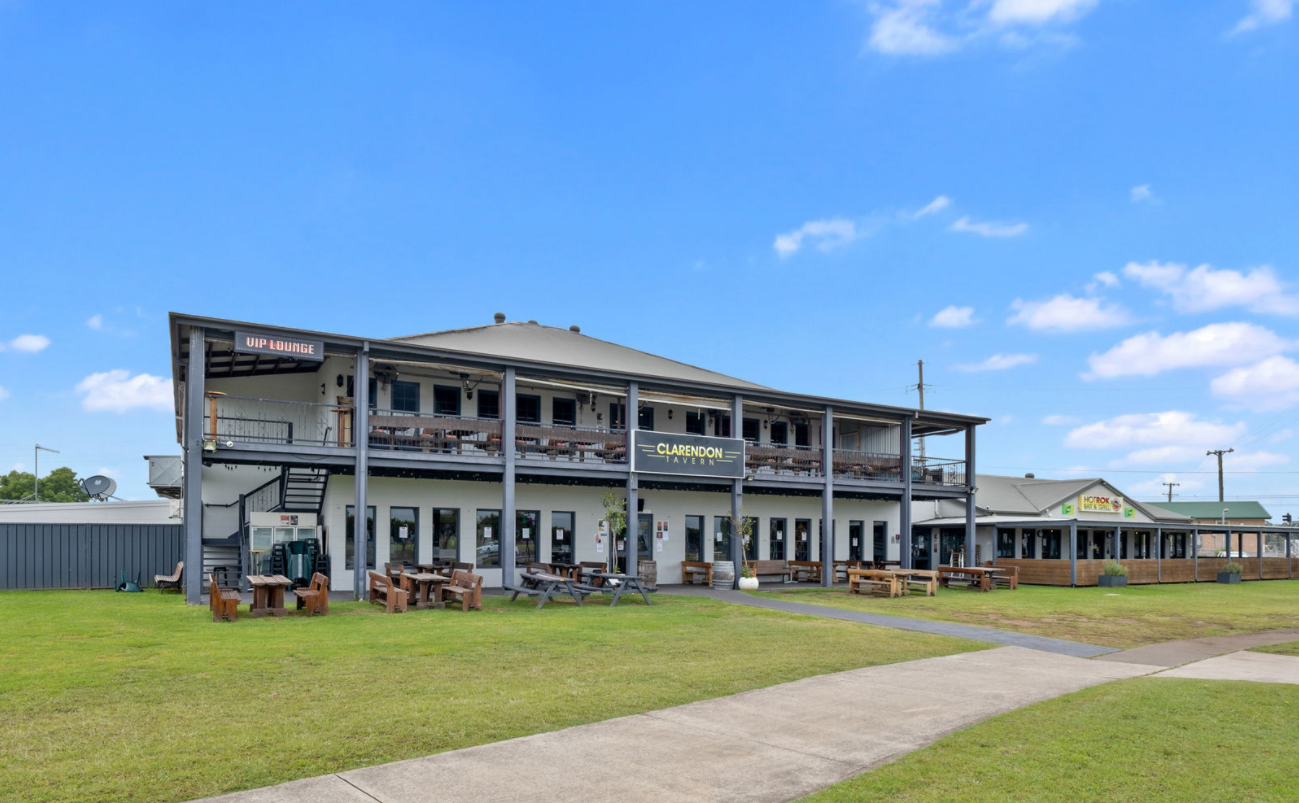 The Hawkesbury region’s Clarendon Tavern has been sold in another strong transaction further underlining the strength and resilience of both the Sydney Metropolitan pubs market, and more so the localized regions.

HTL Property’s Sam Handy and Blake Edwards negotiated the transaction on behalf of owner Luke ‘Lionheart’ Ainscough, who has risen to prominence over the last fortnight following his heroic deeds during the recent floods within the Hawkesbury region.

Ainscough, a qualified pilot operates his own helicopter and has been criss-crossing the Nepean River over the last fortnight delivering much needed food, water, and medical supplies to stranded locals. In doing so he has protected countless lives, pets, livestock and even facilitated the transport of a stranded bride, ensuring she could make her wedding day. Accordingly, Luke’s heroic deeds have earned him the moniker ‘Lionheart Luke’.

“People out here have had their homes, businesses and livelihoods destroyed. They’ve been suffering with no food, water, blankets nor medical supplies,” said Mr Ainscough.

The Clarendon Tavern is literally situated between the townships of Windsor and Richmond, both of which have been severely flooded over the last fortnight. With a pub sale imminent, Ainscough admits to watching the flood levels very closely whilst always remaining supremely confident that the hotel would remain out of the flood zone.

“I’ve been a Hawkesbury boy all of my life, and whilst this was a one in one-hundred-year flood, I’ve seen a few over my lifetime and as such was always confident the Clarendon Tavern wouldn’t go under,” added Mr Ainscough.

The Clarendon Tavern has been sold to Mark Kennedy’s Endeavour Hotels, who purchased the Coopers Hotel (Newtown) through HTL Property for $13.5m back in 2018. Mr Kennedy is keen to build upon the foundations that have been laid by the outgoing owner including utilising the new 2am licence approval.

“I’m looking forward to becoming a part of the Hawkesbury community, and can’t wait to meet our staff and local patrons alike. I am sure I will learn a lot from their local knowledge and am excited to work with them to make the Clarendon Tavern one of the leading pubs in the district,” commented incoming owner Mark Kennedy.

“This is our sixth sale within the region over the last 18 months, and our track record and resultant market share in this segment of the market is pleasing and only strengthening further,” said Handy.

The HTL Property agents for the sale wouldn’t be drawn upon as to the sale price, however, would confirm that the price was consistent with guidance provided to the market over the course of the campaign.