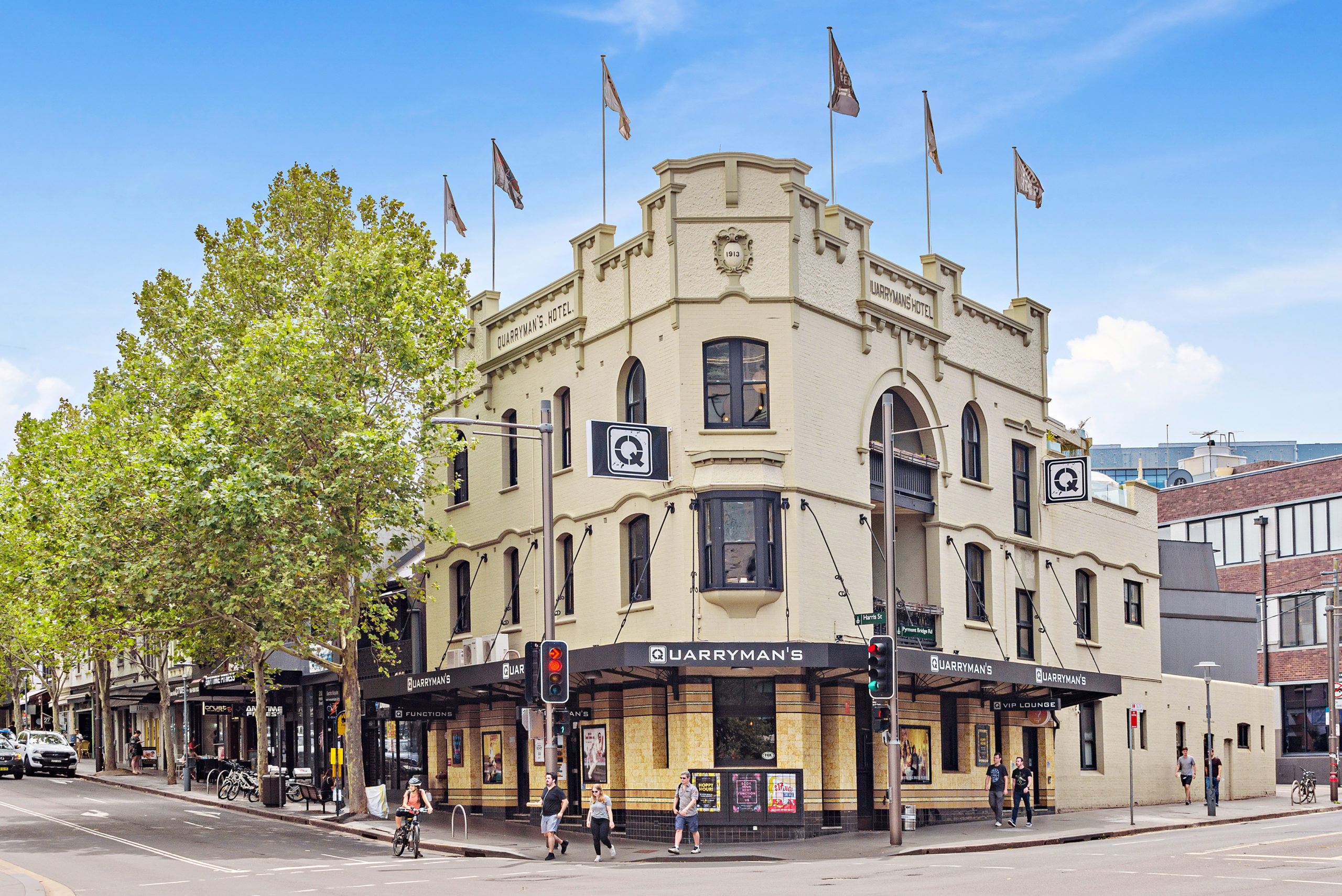 The Quarryman’s Hotel is prominently positioned on the corner of Pyrmont Bridge Road and Harris Street on a 291 sqm land parcel. The hotel features a three-level trading footprint and extensive outdoor areas, including a recent roof-top beer garden activation with CBD and skyline views.

Laundy purchased the hotel in 2011 for $3.5 million, and shortly afterwards executed a significant renovation and refurbishment of the hotel offering. A second-floor bar and roof top beer garden were added some 18 months ago, which has resonated very well with the proximate advertising, marketing and local media industry.

Speaking on behalf of the Laundy family interests, Patrick Maguire advised that the shareholders were planning on testing the market publicly; but were instead presented with a compelling offer prior to launching the proposed campaign shortly after the Australia Day weekend.

“Our intention was to launch the Quarryman’s Hotel to the market a few weeks ago, and we consequently had designed an Auction campaign around this strategy” advised HTL Property Director, Sam Handy.
“Nonetheless, it was not at all surprising to see Colin’s willingness to acquire the hotel ahead of schedule; and he was very motivated and deliberate in his intent in doing so” concluded Handy.

Colin Parras sold his Peachtree Hotel in Penrith approximately 18 months ago via HTL Property to ASX listed developer BHL, and was considered to have been patiently sitting on the sidelines waiting for the right acquisition opportunity to arise.

“I’ve been working closely with HTL Property over the last 12 months and have looked at plenty of acquisition opportunities with them” advised Parras.

“Accordingly, I am absolutely delighted to have picked up the keys to the Quarryman’s Hotel” Parras concluded.

HTL Property have already enjoyed a strong run of sales within the first month of 2020, having negotiated three other Sydney Metropolitan hotel sales with a further two under agreement.

“HTL Property anticipate the Sydney Metropolitan mid-market to be a very active segment this year, and have subsequently significantly increased our focus and resources to deliver these kinds of outcomes to our valued clients” added HTL Property’s National Pubs Director, Dan Dragicevich.