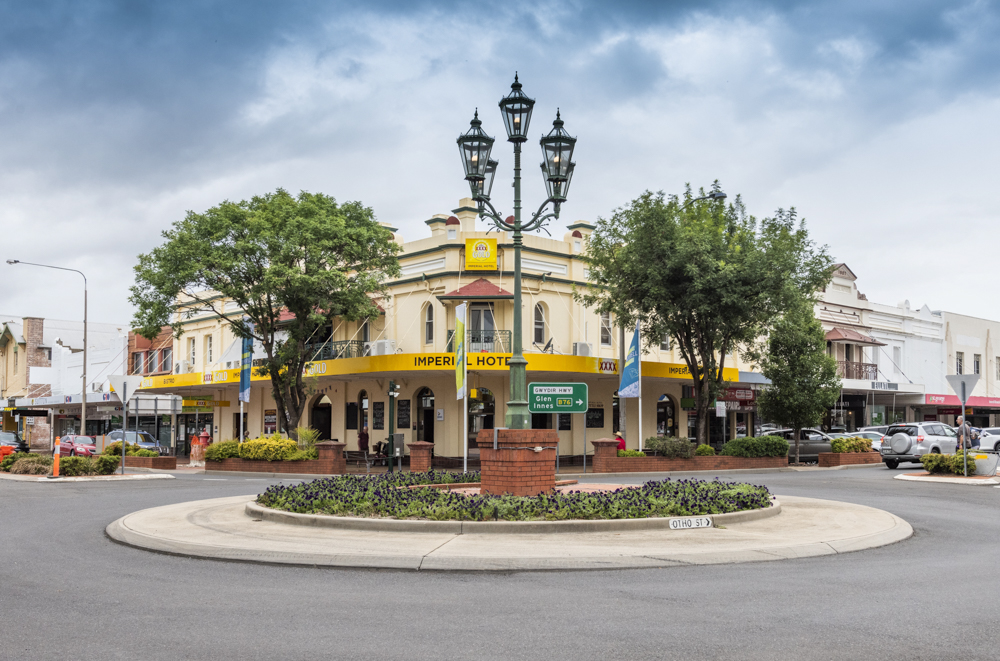 Leading agency HTL Property is proud to announce to the market the sale of both the Imperial Hotel in Inverell, and the Freehold interest in the Royal Hotel, Tingha.

The two-pub deal was facilitated by Xavier Plunkett of HTL Property, and was indexed to a buy-side mandate from highly regarded hotelier Jim Knox; who continues to increase his significant holdings within the wider New England region.

Inverell is a very strong rural economy and acts as a major service centre for an enormous rural catchment. The local economy is underpinned by a strong rural sector and bolstered significantly by the Bindaree Beef abattoir, which provides over 600 stable jobs to the township.

“The purchaser was attracted to the strong local economy, the highly favourable competitive environment with only 3 Licenced Hotels operating for circa 12,000 people; and the proximity to its existing portfolio assets” offered HTL’s Xavier Plunkett.

“We’re delighted to be continually delivering optimum outcomes for our clients whether they be based upon sell or buy-side mandates” Plunkett added.

The sales of the two pubs represent the 15th and 16th New England Region hotels sold by HTL Property respectively and in recent times; with the specialist firm’s deal volume at now approximately $100m for the region over this period.

“This profound level of activity across two significant regional areas in NSW underwrites our view that investors will continue looking to sub-metro locations for quality opportunities” Dragicevich concluded.

Other significant recent sales, all conducted by HTL Property within the New England region, have included the Whitebull Hotel in Armidale for circa $13.5m; and the sale of all five pubs in the town of Moree to Jim Knox for circa $28m.