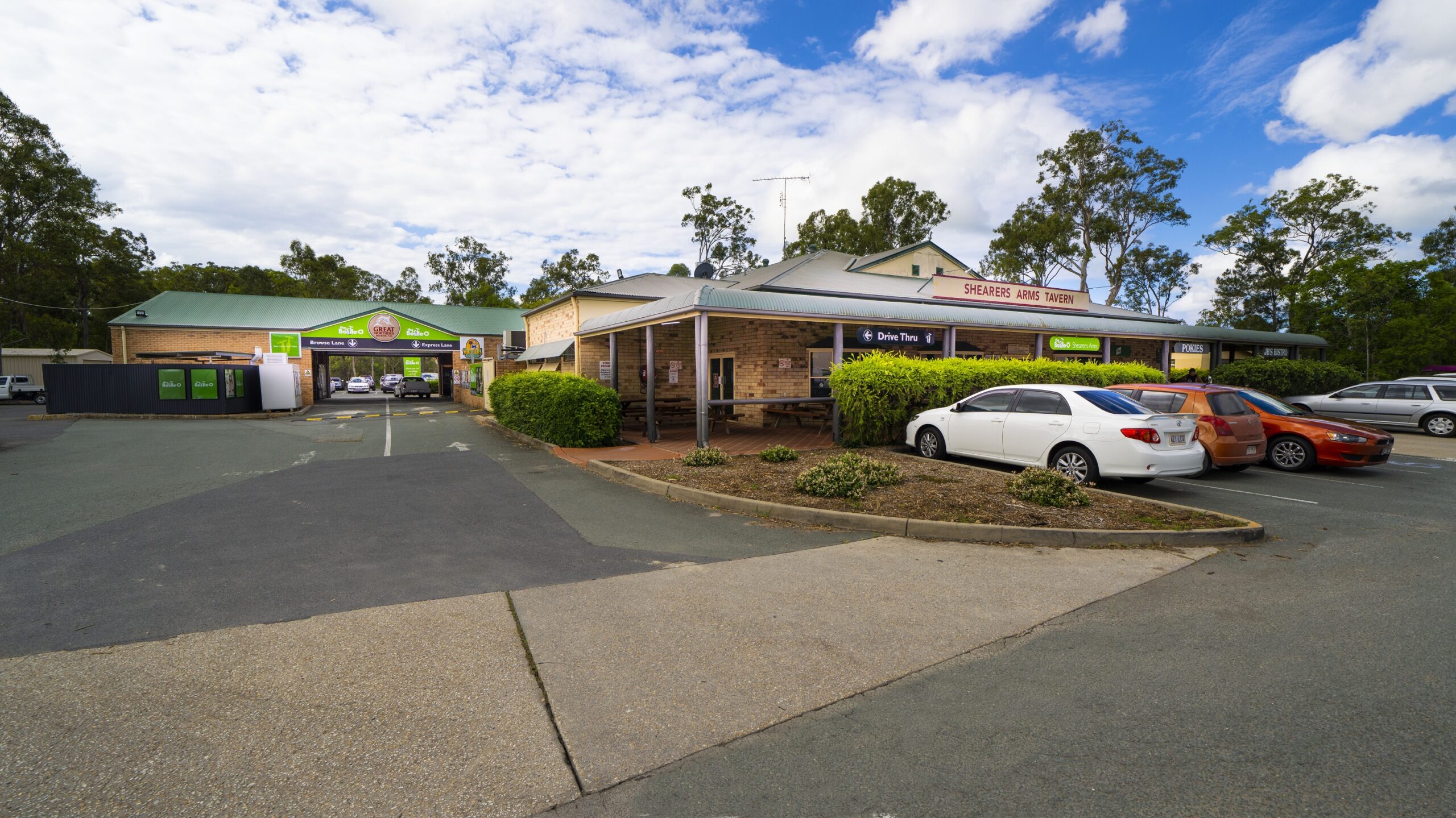 HTL Property is pleased to announce the settlement of the Shearers Arms Tavern to the North South Pub Co from industry veterans John Murphy & John Cornish.

Incoming operators Matthew Coorey & Richard Malouf, in partnership with Ed & Justin Malouf (Royal Hotels), exchanged on the Tavern in November last year before CV-19 saw a statewide shutdown of hotels just days before the granting of Liquor & Gaming Transfer approvals. The Tavern was the first transaction in Queensland due to settle after the forced industry closure.

With the industry forced into a spin, a mutual decision was made between the newly formed venture and the outgoing owners, guided by the selling agents HTL Property & Ron Currey to delay the Settlement by a period of up to 12 months.

With the resolute pub industry now back up and running and showing a buoyant trading period, created the catalyst for the new owners to make the decision to bring settlement forward.

Accordingly, Mr Coorey was particularly grateful to the outgoing owners.

“Thanks particularly must go to the cooperation of the vendors, John and John during the Covid-19 shutdown and reopening. Their patience and understanding through what has been one of the most difficult times in history for the pub sector enabled a mutually commercial position for both parties; and which has culminated in an amicable handover of the hotel” commented Coorey.

“Furthermore, the professional guidance and diligence from both Glenn & Brent from HTL Property ensured that the sale remained on track” Coorey added.

“From the outset of the transaction through to the final stock take and settlement, there was nothing that Glenn & Brent weren’t across. Their old fashioned, personal service first approach is refreshing; and made the transaction seamless despite the hurdles that Covid-19 threw in the way” Coorey concluded.

“It is a fantastic Hotel, we had been searching the Queensland market for some years and saw the opportunity the “The Shearers” offered, particularly considering the partnership that we have formed with Matt & Ritchie who are renowned as some of the best in the business” added partner Ed Malouf.

“We look forward to settling into the asset, we will make some subtle changes through-out the hotel and gaming room and ensure the family friendly venue continues into the future” Malouf concluded.

HTL Property along with Ron Currey thank the owners Mr Murphy & Mr Cornish for entrusting the sale of their hotel in what proved to be a significantly competitive off market process.

“The owners were looking for complete discretion and confidentiality in the divestment of their asset and chose to handle the process through an off-market campaign” advised Currey.

“With both men living in Adelaide, they wanted to ensure that there was no disruption to the business which had run under full management” Currey added.