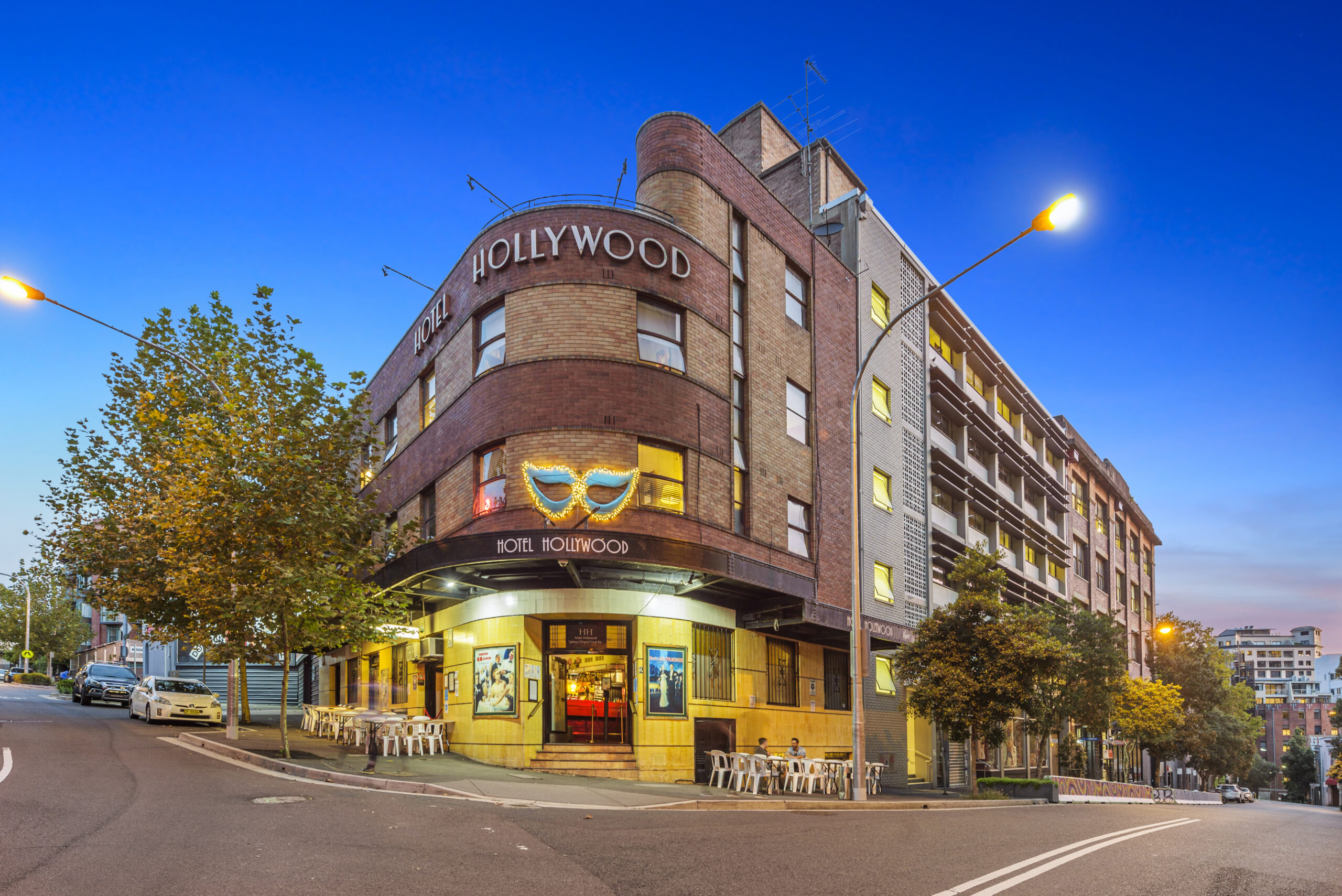 After a month of frenetic campaign activity, leading agency HTL Property has today disclosed to the market the sale of the iconic Hotel Hollywood in Sydney’s effervescent Surry Hills.

Once home to the enigmatic owner operator Doris Goddard, the public sale process for the grand dame of innercity hotels took flight in May; and in doing so welcomed in excess of 100 enquiries. And, consistent with the magnetic nature of the stately property, nearly as many physical inspections were conducted.

The sale process, directed by Trustee Stephen Goddard, saw numerous Sydney and interstate identities cast an eye over the offering; with the undisclosed successful party planning to maintain the hospitality origins the hotel is internationally renowned for.

“The level of enquiry was as diverse as it was deep. It brings great pleasure to know the successful party will keep the doors open in a fashion consistent with how Sydney has enjoyed a relationship with this wonderful hotel” advised Stephen Goddard.

“We’re delighted to have curated this outcome for our client and following the recent sales of other notable inner city freehold hotels like the Courthouse and Old Fitzroy, we get the strong sense the domestic focus regarding discretionary spending will underpin mid to long term inner city revenue attraction” advised HTL Property Director, Sam Handy.

“With Hollywood, we had enquiry from the best hoteliers and restaurateurs in the land, as well as developers and some notable entertainment industry professionals” added Handy.

Specialist agency HTL Property has been responsible for the sale of in excess of 50% of the national transactional market share this FYTD, and has averaged one hotel sale per week since January 2020.

“It’s an inimitable thrill to be charged with the responsibility of selling a piece of hotel history such as this wonderful property, and the level of interest garnered is entirely appropriate for the place this hotel occupies in the folklore of this fabled pub town” added HTL Managing Director, Andrew Jolliffe.

“Significant interest from Los Angeles was a distinguishable feature of this sale process, but considering the current exchange rate and comparatively stable financial, political and health status enjoyed by Sydney, we perhaps should have been less surprised than we at first found ourselves” Jolliffe concluded.

HTL Property would not be drawn upon as to the identity of the purchaser, or the price paid. However, confirmed the sale price mirrored the price guidance provided throughout the successful sale process.

Nb/ in 2018, hugely popular US band The Foo Fighters took residence in the Hollywood Hotel, making it the band’s national tour HQ and after party venue.