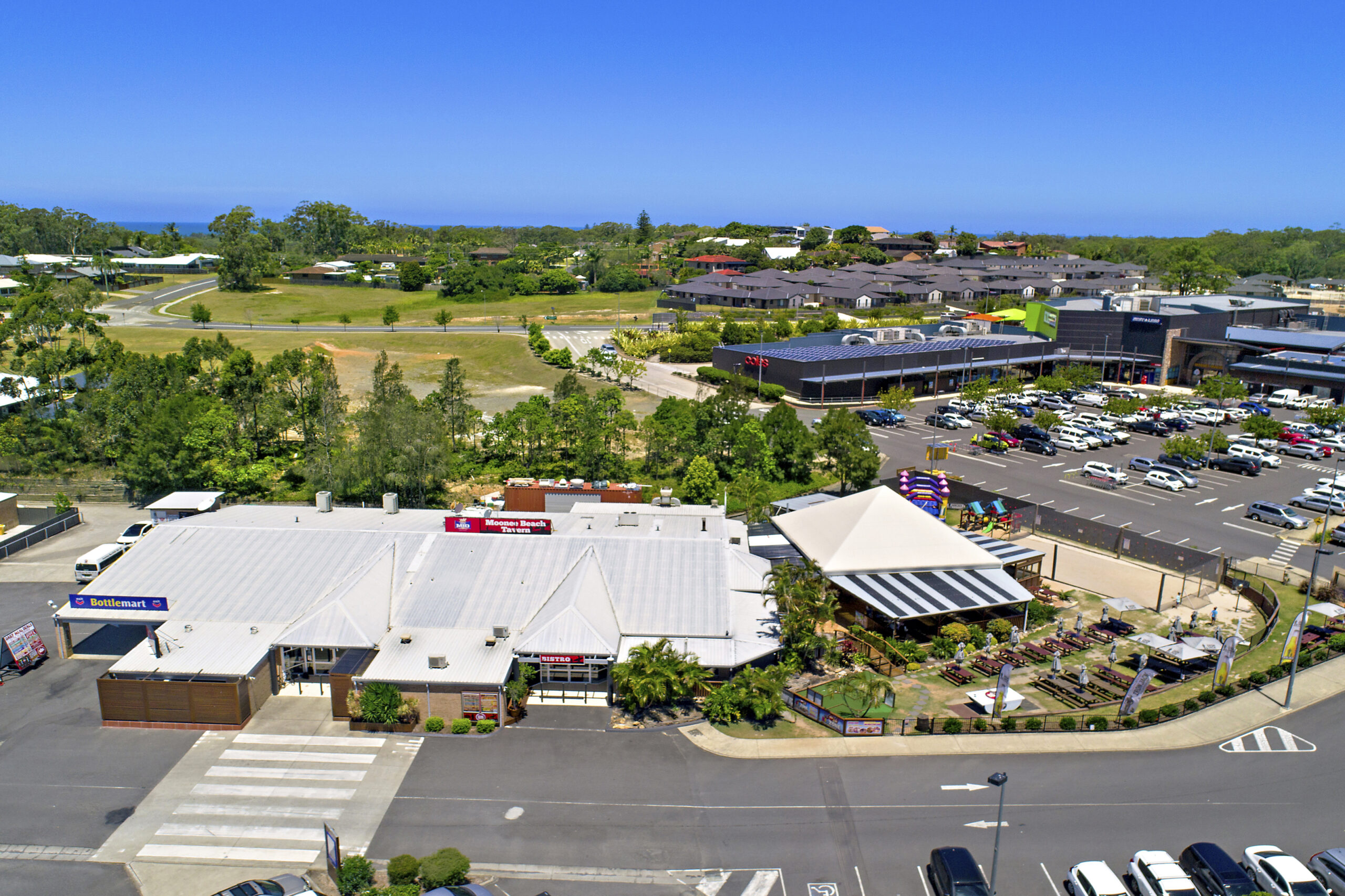 A consortium that brings together the collective experience of Martin Short, Sean O’Hara and Jamie Malouf have acquired the Moonee Beach Tavern in Coffs Harbour from the North Coast Hotel Group.

“The Directors of the North Coast Hotel Group are delighted with the outcome of the sale. The sale will allow our group to invest time and energy into our other pubs, starting with renovations of both the Coramba and Hoey Moey (Coffs Harbour) venues, as well as the large scale redevelopment of the Good Intent Hotel in Grafton” commented North Coast Hotel Group director Harry Barry.

“We’re delighted to have represented Harry and the North Coast Hotel Group in what is our fifth significant Northern NSW coastal hotel sale in the past 12 months” offered HTL Property Director, Blake Edwards.

“Matching active and qualified buyers with A grade properties around NSW has been a rewarding endeavour, and we look forward to doing so with greater regularity over the remainder of the year” Edwards concluded.

Situated on the Northern side of the beachfront city of Coffs Harbour, the Moonee Beach Tavern is flanked by a shopping and aquatic centre; providing constant local traffic, as well as destination value within and beyond the region.

The Moonee Beach Tavern has been a destination for travellers and admired by locals for many years. It is well known for its drawcard entertainment acts, family friendly atmosphere and community pub offering.

“We’re excited to further immerse ourselves in the local community, engaging with the many sporting and family groups at its heart” Short added.

The Coffs Harbour region has been a focus area for Short, O’Hara and co; with the consortium already owning and operating the popular Toormina and Sawtell hotels respectively.

“This opportunity further adds to what we’ve known and loved about the town over the last 5 years, and we’re looking forward to its next stage of growth” concluded Short.

With the Coffs Harbour bypass commencing this year, accessibility and reduced travel time from Sydney, Newcastle and Brisbane will become an even bigger drawcard for the Coffs Coast region; and the new team will take the reins in early July 2021.

The sale of the Moonee Beach Hotel maintains HTL Property’s run rate of one hotel sold nationally per week this Calendar Year and reflects for the firm a commanding Financial Year-to-Date 52% national market share.

“Enjoying a market share greater than the sum total of our entire competitor base is encouraging, and illustrative of not only a deliberate strategic investment on behalf of HTL; but also highlights the considerable strength of the national transaction landscape for all stakeholders” advised HTL Property National Pubs Director, Dan Dragicevich.

HTL Property is the exclusive agency for the nearby and waterfront Harrington Hotel, which is being sold via an Expression of Interest campaign concluding 27 May 2021.