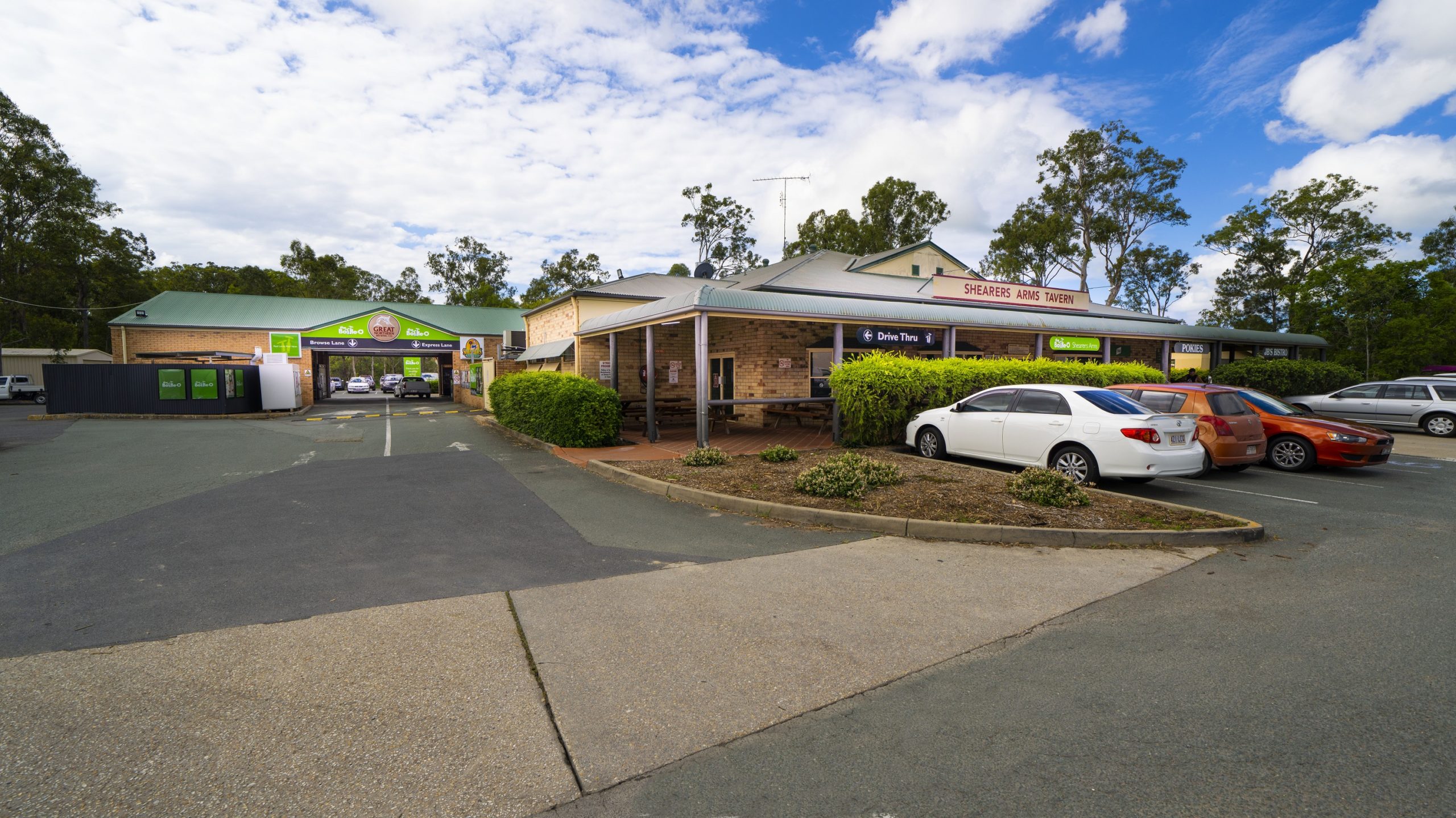 Following the sale this week to Hotel Property Investments (ASX:HPI) of Brisbane’s ~20,000sqm Acacia Ridge Hotel freehold for $20m, HTL Property has now announced the sale of the ~12,000sqm Shearer’s Arms Tavern in the Brisbane suburb of Ormeau.

HTL Property agents for the sale, Glenn Price, Brent McCarthy and Andrew Jolliffe ran a prosperous off market process on behalf of the firm’s South Australian based clients, the Cornish and Murphy families.

The well-known hotel has been successfully acquired by highly regarded Qld Hotelier of the Year, Matt Coorey; who, with existing interests in the award winning Boardwalk Tavern on Hope Island, has acquired the Shearer’s Arm’s Tavern in a joint venture with the active Royal Hotels Group based in Sydney.

“Having run the ruler across countless opportunities over the past few years, I’m delighted to now have the opportunity to pick up the reins on the Shearer’s, particularly given its close proximity to my other hotel property the Boardwalk Tavern” advised hotelier Matt Coorey.

“My style is very hands on and I expect the hotel and surrounding community will respond well to an owner/operator model” Coorey concluded.

“Alongside Ron Currey, we were able to garner interest from all the significant Qld hotel operating groups, as well as those national investment footprints and leading hospitality based vehicles domiciled in both NSW and Victoria” commented HTL Property Director, Glenn Price.

“The scarcity of available A-grade product meant the interest in the opportunity was so high we could have sold the asset five times over” concluded Price.

“The patent transactional activity on not only a Qld but also a national market basis, is a positive response to the combined quality of property and heavily restricted licence backed offering this asset class provides ownership participation” advised HTL Property Director, Brent McCarthy.

“With such a significant commercial property land holding being underwritten by deep historical revenue generation, 40 very valuable gaming permits and material barriers to entry from those who would seek to steal market share, it is little wonder alternative asset class investors are making the hurried shift across to opportunities such as the Shearer’s Arms Tavern and others” concluded McCarthy.

The Shearer’s Arms Tavern is the fourth significant Qld freehold hotel asset sold this year by HTL Property, and the firm has flagged it has more sales to announce.

“We’re on record as saying our consolidated start to the first two months of this Calendar Year materially exceeds that at the same point of 2019’s record 12 months for the national hotel industry” added HTL Property’s National Pubs Director, Dan Dragicevich.

“And our pipeline for proximate successful transaction disclosures is, like the current national market depth and strength, best described as robust” Dragicevich concluded.

HTL Property agents would not be drawn upon as to the successful price paid for the Shearer’s Arms Tavern, other than to confirm that the significant market interest shown in the subject asset resulted in the off-market campaign guidance being exceeded.