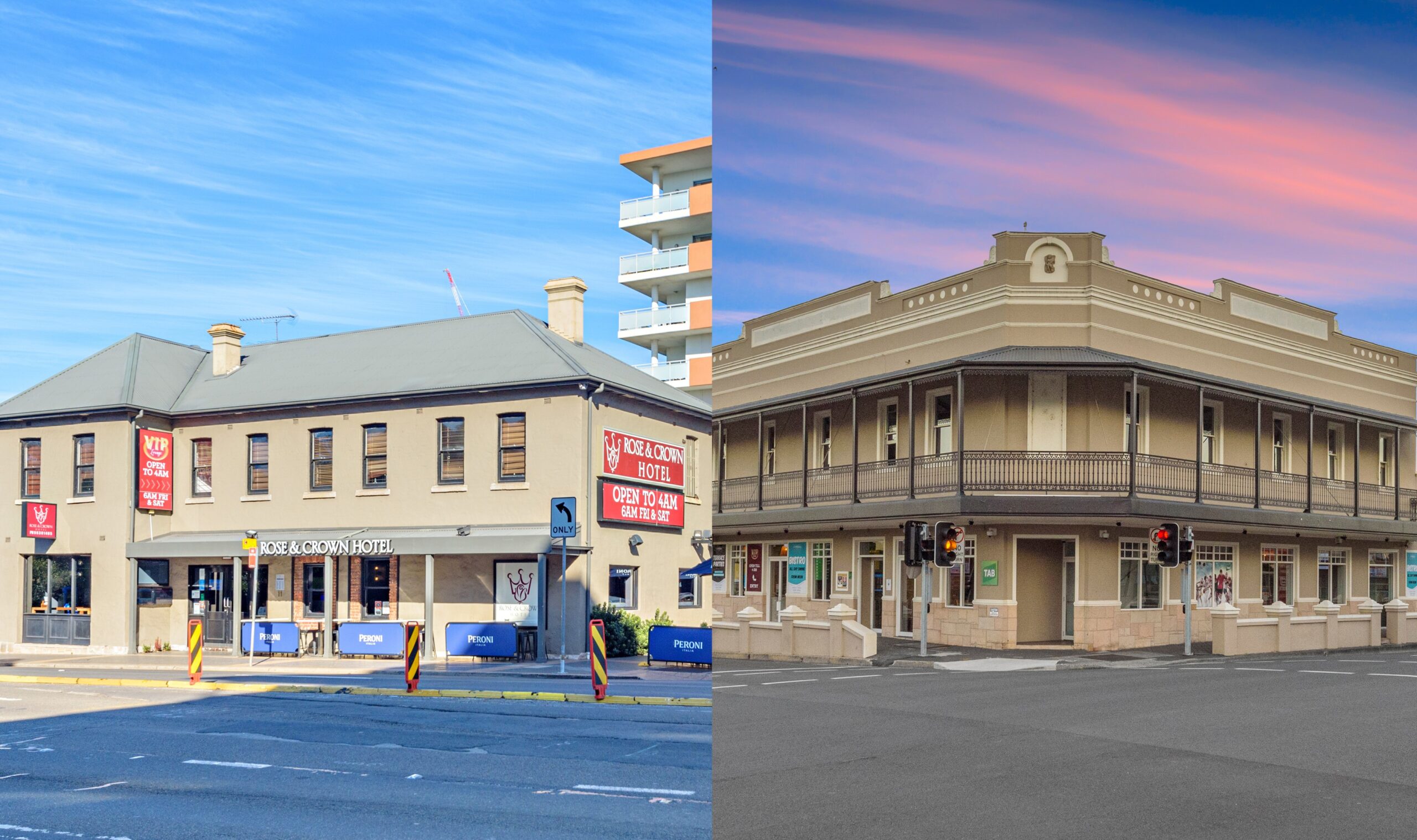 Specialist agency HTL Property, under direction from Wexted Advisors, today confirmed the $74.5m combined sale of both the Rose & Crown Hotel in Sydney’s Parramatta; and the Corrimal Hotel in the NSW city of Wollongong.

The sale of the two properties, the first tranche of assets to be divested out of the Pub Invest portfolio, were sold following a public marketing campaign and which attracted significant interest at $42m (Parramatta) and $32.5m (Corrimal) respectively.

“The five week sale process generated multiple offers to purchase given the quality of the two freehold hotel assets, and the determined characteristics of the pool of interested and participating parties underwrites our view that the industry is well positioned for another strong year” advised HTL Property Director, Sam Handy.

The Rose and Crown in Parramatta was purchased by the Sydney based Highclere Hospitality, adding to its existing metro portfolio; and separately, the Corrimal Hotel was purchased by a highly experienced and second generation hotelier with multiple existing hotel assets.

“The exit yields for these two hotel assets illustrate a continuation of the sharpening transaction yields we saw apply in the market at the end of last year” added HTL Property National Director, Dan Dragicevich.

“This augurs well for the next two Pub Invest portfolio assets we’re bringing to market forthwith, being the stately Crown Hotel in Surry Hills; and the large format North Nowra Tavern on the NSW South Coast” Dragicevich added.

“The sale of these two significant hotels in early 2022 promotes a continuation of the active transaction landscape theme so patently clear for all to see throughout 2021” commented Wexted Advisory’s Andrew McCabe.

“Transactionally, indexed to the volume of sales, we’re tracking ahead of the same point last year; and the average unit size is a noteworthy 11% greater than its predecessor” Jolliffe concluded.