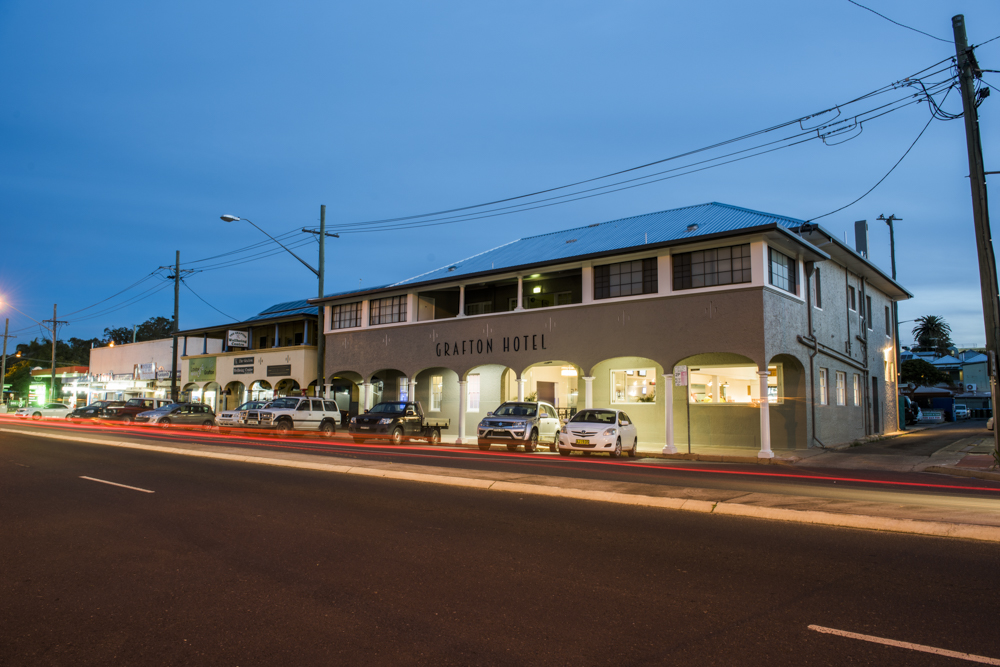 The Eponymous Grafton Hotel in New Hands after 41 Years of Family Ownership.

HTL Property is delighted to announce to the market the Sale of The Grafton Hotel in the North Coast regional centre of Grafton. The deal was exclusively brokered by HTL Property’s Xavier Plunkett.

The successful purchaser, Jim Knox, is an established Hotelier with interests in the Riverina City of Griffith. The vendors for the sale are the well-known Dougherty Family, prominent members of the Northern Rivers business community; and who have owned and operated both Westlawn Insurance and Westlawn Finance for the past 50 years, consequently managing in excess of $200 million in investor funds.

The Hotel was offered to the market via a publicly marketed EOI campaign through HTL Property’s Xavier Plunkett. After 41 years of continuous ownership, the vendors cited favourable cyclical market conditions; and the opportunity to pursue other existing investment opportunities as the primary motivation for the divestment.

“The well-rounded business is producing approximately $55,000 in weekly revenues; circa $40,000 per week of which comes from the highly profitable bar and gaming revenue departments” offered lead agent for the sale, Xavier Plunkett.

The Hotel presented immaculately and had undergone over $1million in recent renovations. Whilst interest throughout the campaign had cited that there was some upside presented by the asset through operational improvements, there was also very little money to spend from a capex investment perspective. These factors, amongst others, dictated that there was strong interest at the conclusion of the competitive EOI process.

“The Hotel exhibits many desirable trading characteristics sought after by the most experienced and successful publicans; including a prime CBD location with high levels of pedestrian traffic, proximity to ample car parking, a cost-effective single bar operation, sound underlying revenue base from high-margin profit centres and a significant gaming entitlement holding” concluded Plunkett.

The sale of the Grafton Hotel represents the record price for a hotel sale in the Clarence Valley LGA in the past 12 months; and in doing so usurping the title from the Good Intent Hotel which was also transacted by HTL Property in late 2020.

“We are delighted to have achieved such a strong result for our respective families, and are equally excited to see Jim have every success in the venue” offered Jim Dougherty, representative for the sell-side family syndicate.

“This transaction is a patent vote of confidence in both the very fertile Northern Rivers economy, and the regional hotel market generally as it avails itself to investors seeking different capital preservation and equity return profiles” advised HTL Property Managing Director, Andrew Jolliffe.

“Regional visitation, and therefore, arguably, revenue activation, is more prolific today than ever before in both traditional and accommodation based hospitality offerings; and we remain public advocates for this trend to continue for a number of cycles” Jolliffe concluded.

The Sale of The Grafton Hotel records the 10th major pub sale in Coastal Northern NSW for HTL Property over the past 18 months, with an enviable track record totalling in excess of $105 million worth of assets including: Moonee Beach Tavern (Moonee Beach); The Lennox Head Hotel (Lennox Heads); The Good Intent Hotel (South Grafton); The Coolangatta Sands Hotel (Coolangatta); The Ivory Tavern (Tweed Heads), and The Australian Hotel (Ballina).