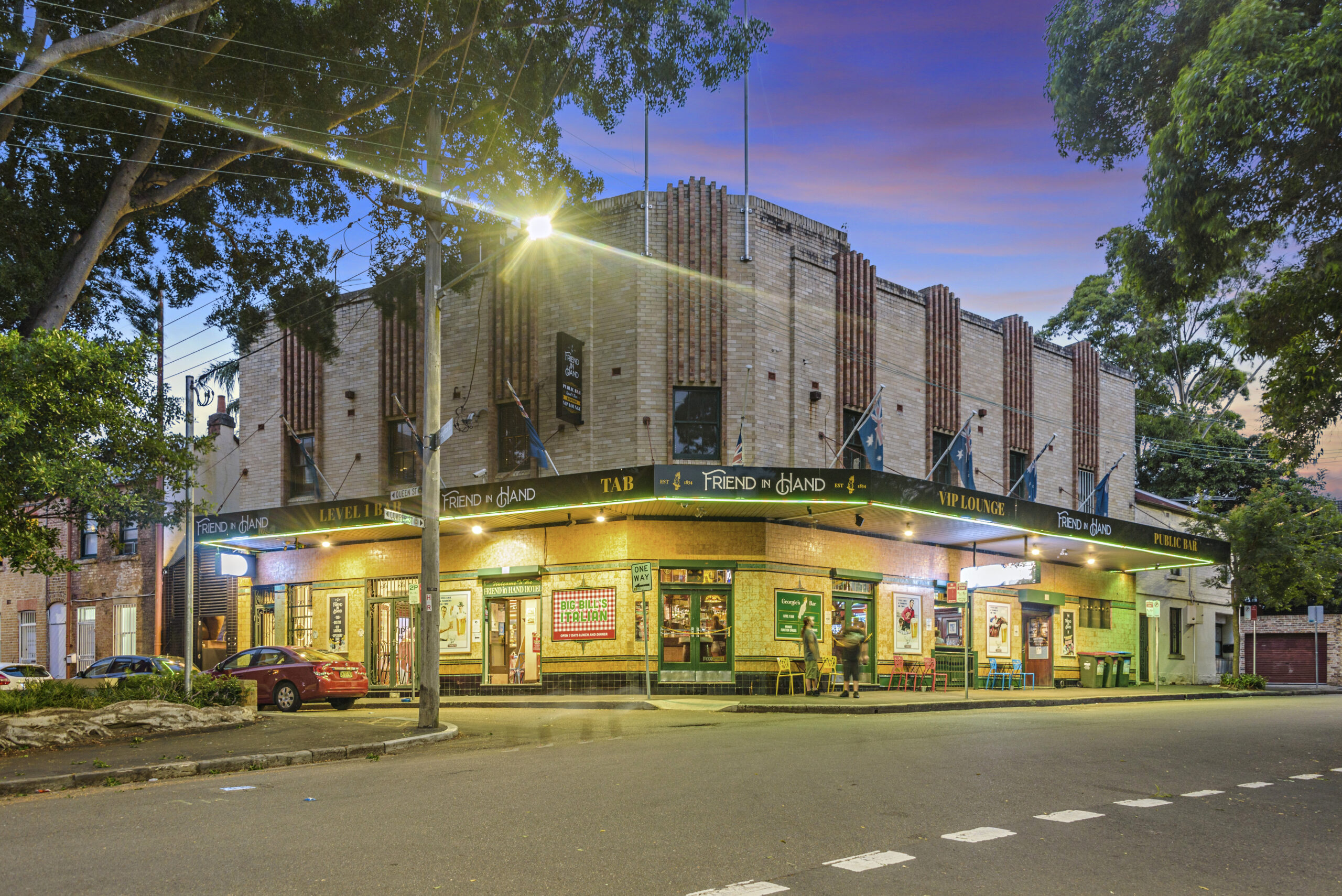 The Friend in Hand Hotel in Glebe has been sold to Momento Hospitality in an off-market deal executed by HTL Property.

The transaction was negotiated on behalf of the Young family by HTL Property’s Andrew Jolliffe, Dan Dragicevich and Sam Handy.

The hotel is surrounded by numerous other large-scale private, affordable and social housing developments in various stages of approval. It is also proximate to the Broadway Shopping Centre which comprises anchor tenants such as Coles, ALDI, Target and Harvey Norman and features over 1,500 car parks.

The purchaser, Momento Hospitality, owns and operates a stable of large format hotels predominantly situated within the North-West growth corridor of Sydney. However the group has been strategically seeking to make inroads into the inner city hotel market in order to take advantage of rapidly rising commercial property values.

The Friend in Hand Hotel is operated under management, and offers the incoming operator a profitable revenue mix across bar, bistro, gaming and wagering. It features a midnight liquor licence with ‘early-opener’ trading flexibility and 19 gaming machines attached to the hotelier’s licence.

The hotel was acquired by the Young family in June 2019 prior to the family’s acquisition of the Illinois Hotel (Five Dock) and the Royal Hotel (Ryde). The family previously owned and operated the hotel during the 80’s and 90’s.

The sale of the Friend in Hand is HTL Property’s 10th hotel sale in the past two weeks.