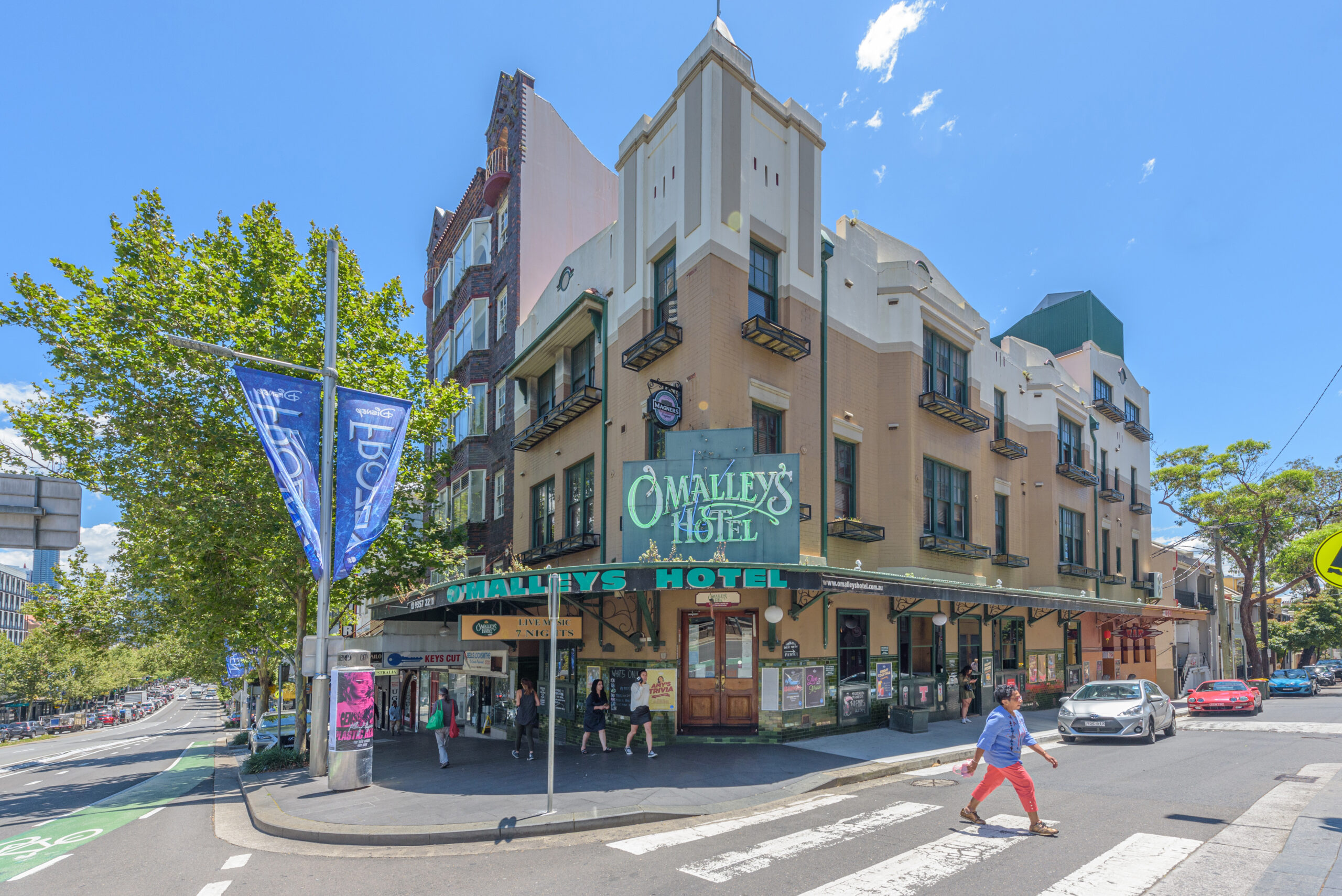 O’Malley’s Hotel in Kings Cross has been listed for sale just as the precinct’s former lock out laws are scrapped in an effort to revitalize the historical birthplace of Sydney’s night time economy.

The four storey hotel, prominently positioned on William Street and at the gateway to the Kings Cross entertainment precinct, is just metres from the iconic Coca-Cola sign.

HTL Property’s Andrew Jolliffe, Daniel Dragicevich and Sam Handy have been exclusively appointed by KPMG to handle the sale; one which presents a multitude of both business and mixed-use development upside channels.

In addition, there exists 15 well appointed accommodation rooms (most with ensuites) on the first and second floors; with scope for additional rooms to be added to the upper floors in order to cater for demand in the area, which has seen several recent DA approvals for backpacker accommodation.

The property holding offers future redevelopment potential, subject to the relevant planning approvals; and is underpinned by its existing 967 sqm GFA, 15m height approval, B4 Mixed-Use zoning and FSR 2:1.

Proximate growth and demand drivers within the immediate vicinity include the Holiday Inn (Potts Point), the Kings Cross Centre and active railway station, as well as the landmark Omnia Apartments development and adjacent Woolworths Shopping Centre.

There has been a slew of inner city fringe hotel sales over the last 24 months most notably the recent Courthouse Hotel (Darlinghurst), Quarryman’s Hotel (Pyrmont) and Bells Hotel (Woolloomooloo) sales.

“The gear change cadence for the national hospitality deal landscape has been, in what is only the first eight weeks of the New Year, pronounced” advised HTL Property Managing Director, Andrew Jolliffe.

“Strong economic and property markers all support what we are, as a national agency, seeing on an almost daily basis and lend credence to a prosperous outlook” Jolliffe concluded. O’Malley’s Hotel is being exclusively sold by HTL Property via EOI concluding Thursday 8th April 2021.