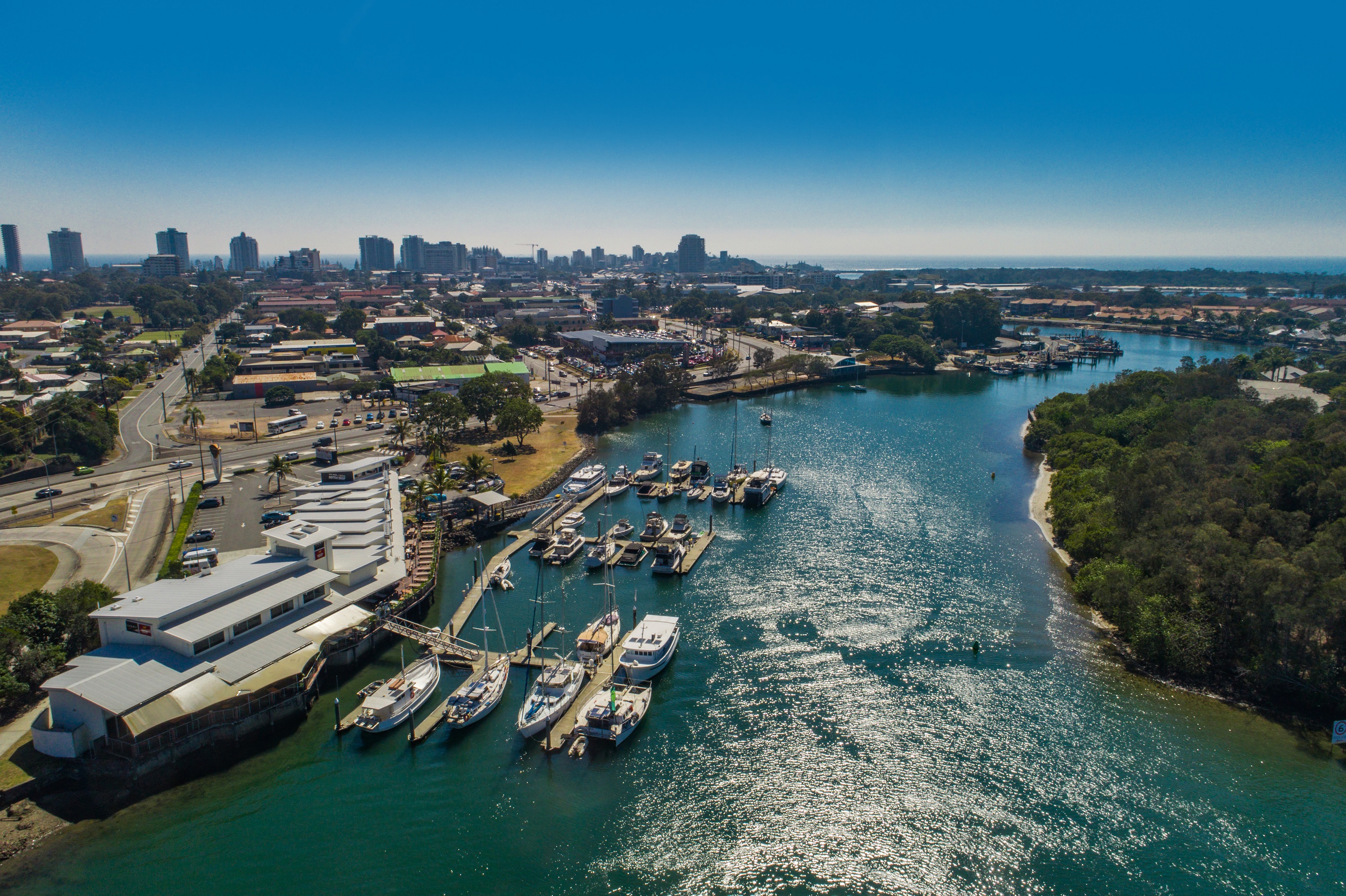 The unconditional sale was conducted by HTL Property’s Brisbane based Queensland Director, Glenn Price; and NSW Director Blake Edwards. The on-market freehold hotel sale follows another Southern Gold Coast hotel sale by the boutique firm in the form of The Coolangatta Sands Hotel.

“I always saw this pub as a project for me, when I first took over the pub it had been run under management for many years and was pretty flat; but I could see that with a fair amount of effort and a tweak to the offering, it just had to work” said Vendor Brenden Lawless.

“It offers such a great location and the setting, with the view over the marina and river, that is irreplaceable” Lawless concluded.

The Purchaser’s, Peter and Jenny Hurley have been entrenched in the Hotel industry for over 4 decades; with Peter purchasing his first pub the Wudinna Hotel in South Australia in 1975. Peter was the Australian Hoteliers

Association President in South Australia for 24 years, standing unopposed for two decades and serving two separate terms as National President of the AHA. The Hurley Hotel Group operates 10 hotels and employs over 700 staff in South Australia, and they look forward to bringing the Ivory Tavern into the stable.

“Jenny and I are now residents of the area, having purchased a property in Northern NSW; and we are looking forward to the opportunities the Ivory has to offer” remarked Mr. Hurley

“Interest in coastal hotel trophy assets continues from all states of Australia, as we have shown now via numerous recent sale campaigns in both NSW and Queensland” commented HTL Property’s Queensland Director, Glenn Price.

“While it is widely known that many large groups are firmly in acquisition mode for this style of asset, as a company and due to our national network of clients, we continue to unlock new and financially strong groups and individuals prepared to enter the Eastern seaboard market” concluded Price.

“Yields are certainly tightening across all markets in NSW and Queensland due to the liquidity and price parameters of finance currently available” offered HTL Property’s Blake Edwards.

The sale by boutique firm HTL Property follows other recent iconic hotel transactions concluded by the firm, including The Coolangatta Sands Hotel, The Hotel Steyne and The Grand View Hotel in Brisbane’s waterside suburb of Cleveland; all in recent months.