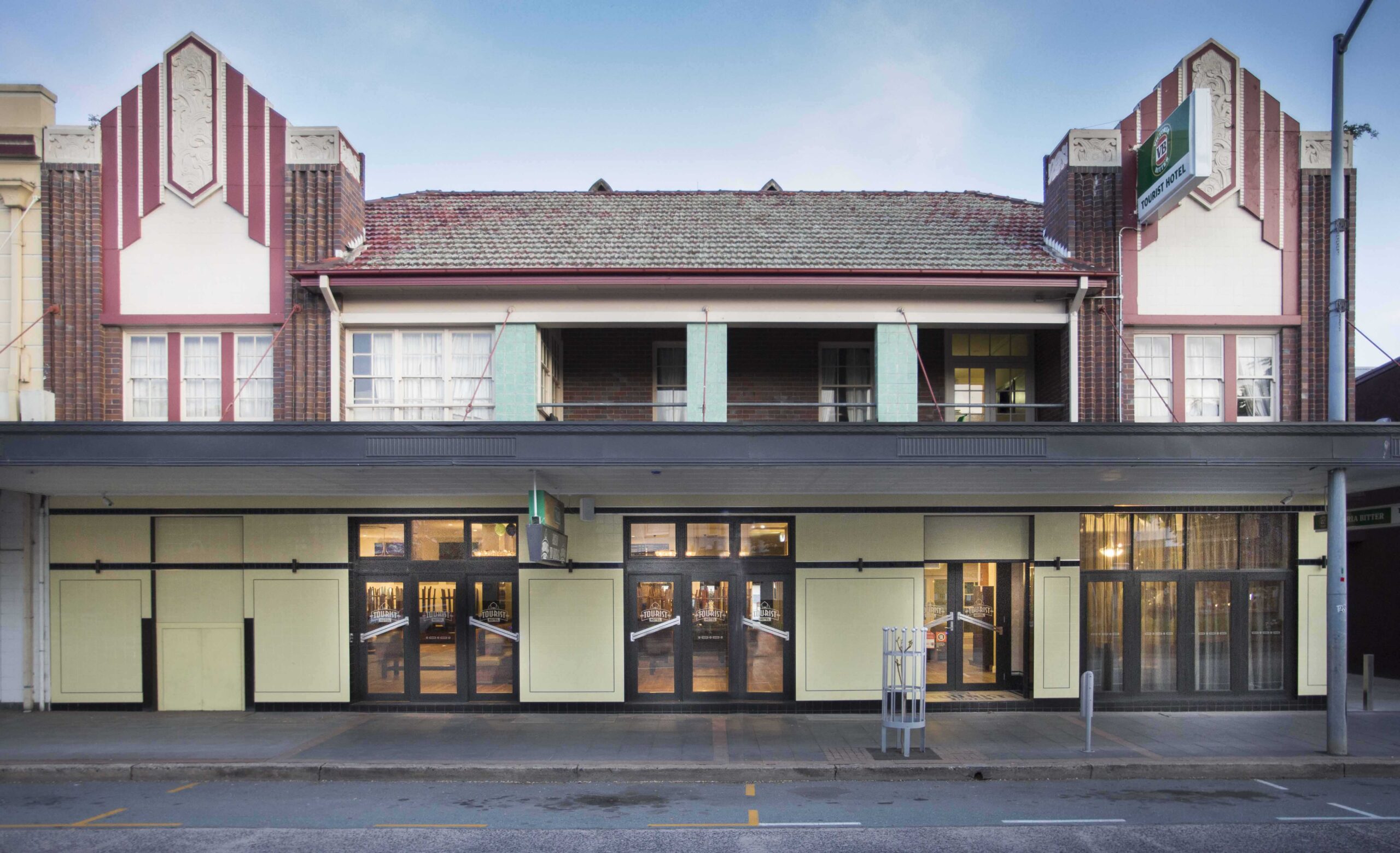 Leading agency HTL Property is delighted to announce the sale of the Tourist Hotel in Queanbeyan; the first time a pub in Queanbeyan has sold in a decade.

The impressive and well known asset was sold via an off market process, exclusively managed by HTL Property Director Blake Edwards and National Director Dan Dragicevich.

The majestic freehold going concern hotel features a bar, bistro, beer garden, outdoor gaming room, 18 first floor accommodation rooms and a Manager’s unit. The Tourist Hotel is set upon a 1,928m2 block of land, with a pedestrian thoroughfare running adjacent the pub and which feeds directly into a large council car park with over 200 spaces.

Also included in the sale are 16 very valuable gaming machine entitlements and a 3am liquor licence (Monday to Saturday).

Queanbeyan is a particularly desirable pub locality due to its large population, and comparatively low number of pubs. A statistic particularly pronounced when including the population statistics for the nation’s capital city Canberra, which is home to over 370,000 people and due to State legislation has no pubs operating with gaming machines.

In addition to the favourable pubs per capita ratio, the Canberra – Queanbeyan statistical area has one of the highest incomes per capita in the country due to the large component of government sector employment.

The undisclosed purchaser is a highly regarded Maitland based publican, who has recently purchased the Manning River Hotel in Taree and Thomas Blamey Tavern in Wagga Wagga though HTL.