East Village Hotel in Darlinghurst has been listed for sale 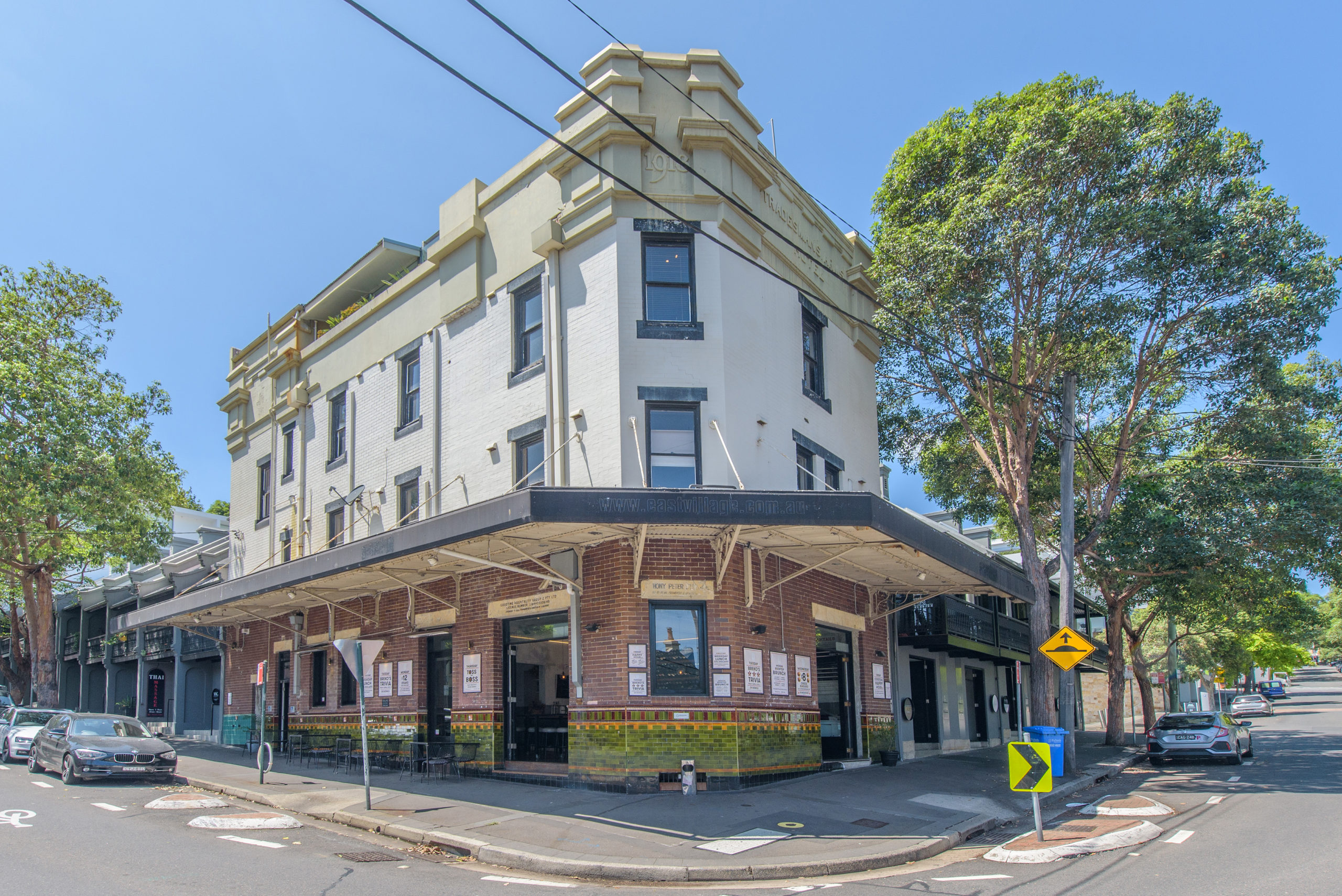 Sydney’s Eastern Suburb’s East Village Hotel in Darlinghurst has been listed for sale via a national Expressions of Interest campaign.

The East Village Hotel is located on a prominent land parcel on Palmer Street in the fashionable suburb of Darlinghurst. The hotel’s proximate catchment is bounded by the CBD, Kings Cross, Woolloomooloo and Surry
Hills. The East Village hotel stretches across three distinct levels of trading; of which the top level is widely considered to be one of Sydney’s best roof-top bar activations, with CBD and skyline views.

The business delivers in excess of $3.6 million in annual revenues, which equates to around $70,000 in weekly revenues.

The hotel was purchased in early 2015 by business partners James Bodel and Locky Paeche who consequently formed Goodtime Hospitality. Following acquisition, the hotel underwent an immediate $1.6 million renovation,
refurbishment and reconfiguration program to bring the hotel up to a standard that would resonate more with the area’s local hipsters, advertising executives and students.

The end result bore witness to a sleek wine bar on the ground floor, a plush and cosy athletic club on the first floor and a secluded roof- top terrace comprising a veritable cornucopia of ferns, flowers and other greenery.
HTL Property Director Sam Handy suggests that the hotel will attract interest from a broad spectrum of buyers from both Sydney and Melbourne.

“The East Village presents exceptional value for an incoming purchaser to immediately plug into what is already an established brand and concept and an award winning business” advised Handy.

“We wholly expect that the hotel will attract a lot of interest from some of the large food and beverage focused pub groups, restaurateurs and some small bar operators with the capacity to trade up into a freehold” concluded
Handy.

The hotel previously operated under the Tradesman’s Arms Hotel moniker and enjoys a colourful history having been a very prominent social meeting place for the likes of Sydney’s legendary Tilly Devine and her sly grog queen compatriot Kate Leigh.

“The Four in Hand, Bellevue, Light Brigade, Centennial and Bells Hotel in Woolloomooloo are some memorable Inner-Eastern Suburbs hotels of historical significance and regarding which we’ve been fortunate enough to
manage the sale for” advised HTL Property National Pubs Director, Dan Dragicevich.

“Accordingly, the East Village Hotel enjoys a not dissimilar level of public house nostalgia for both HTL Property and our client base” concluded Dragicevich.