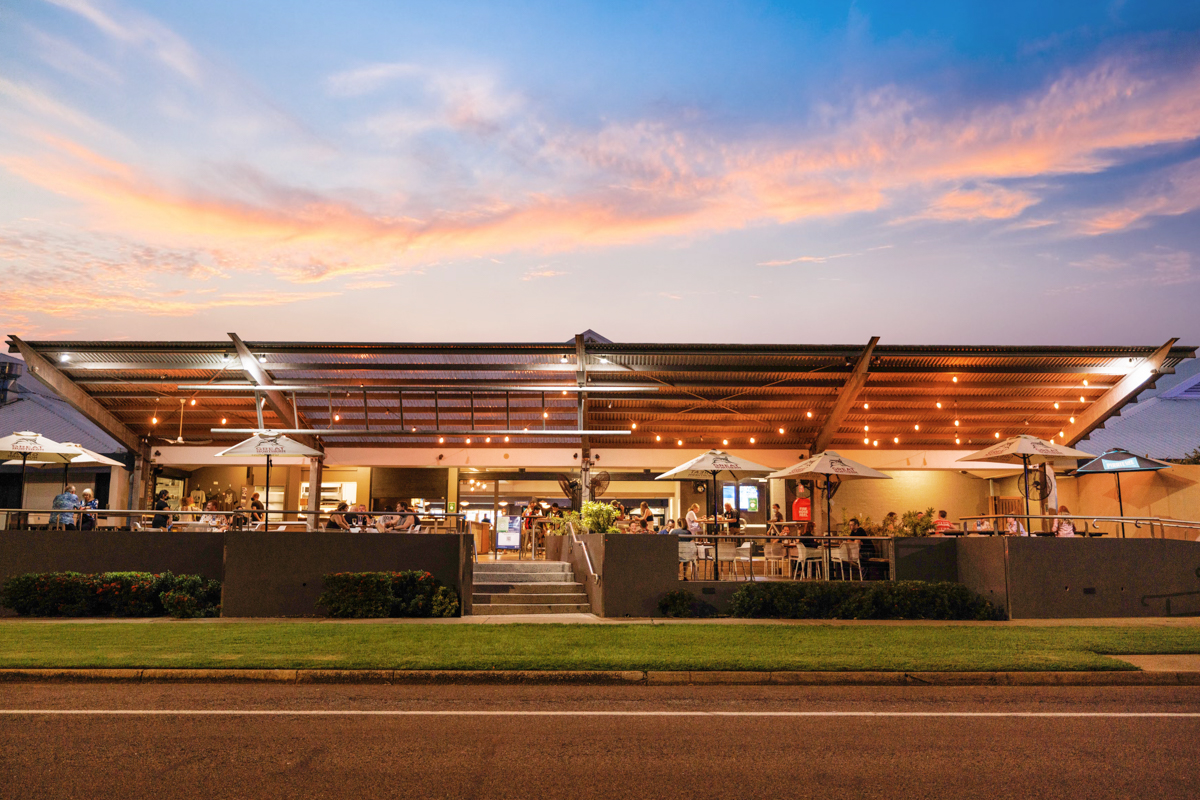 With ocean views beyond comparison, the 7000sqm commercial land holding enjoys uninterrupted vistas across picturesque Nightcliff Beach; and is located within close proximity to the City’s CBD, Hospital and the NT’s largest retail centre – Casuarina Square.

“This will be the first significant freehold going concern hotel sale seen in Darwin for over 10 years, and as such we expect strong local and interstate interest given both the quality of the property and the patent growth in the region” advised HTL Property’s Brent McCarthy.

Presented immaculately, the Beachfront Hotel draws robust revenue from food, beverage, gaming and drive through liquor retail centres. With the open format beer-garden at the front of the hotel a notable feature.

Already regarded as the city’s premium offering, the Beachfront Hotel is set to benefit further from the fast growing Darwin population base, with a 30% uplift expected by 2030.

“In addition to the pace of population growth, the $43bn private and government infrastructure spend will double the GDP; and is underwritten by the $8bn defence allocation and $22bn ASEAN power link project” commented HTL Property Director, Glenn Price.

“We’ve operated an office out of Darwin for a decade, and the combination of the significant infrastructure spend, Qantas’ landmark decision to fly long-haul to Europe out of the city, and the level of astute investor interest has meant deal flow has been very rewarding” advised HTL Property Managing Director, Andrew Jolliffe.

“We’re long the region, and maintain a strong buy rating on the hospitality and tourism property sector across the NT. Accordingly, we hold the considered view that wholly superior and sustainable returns are available to active investors willing to assess unique opportunities in Darwin such as this one” Jolliffe concluded.

The sale process for the outstanding Beachfront Hotel by HTL Property is to be conducted via an international EOI process closing Wednesday 30 March, 2022.