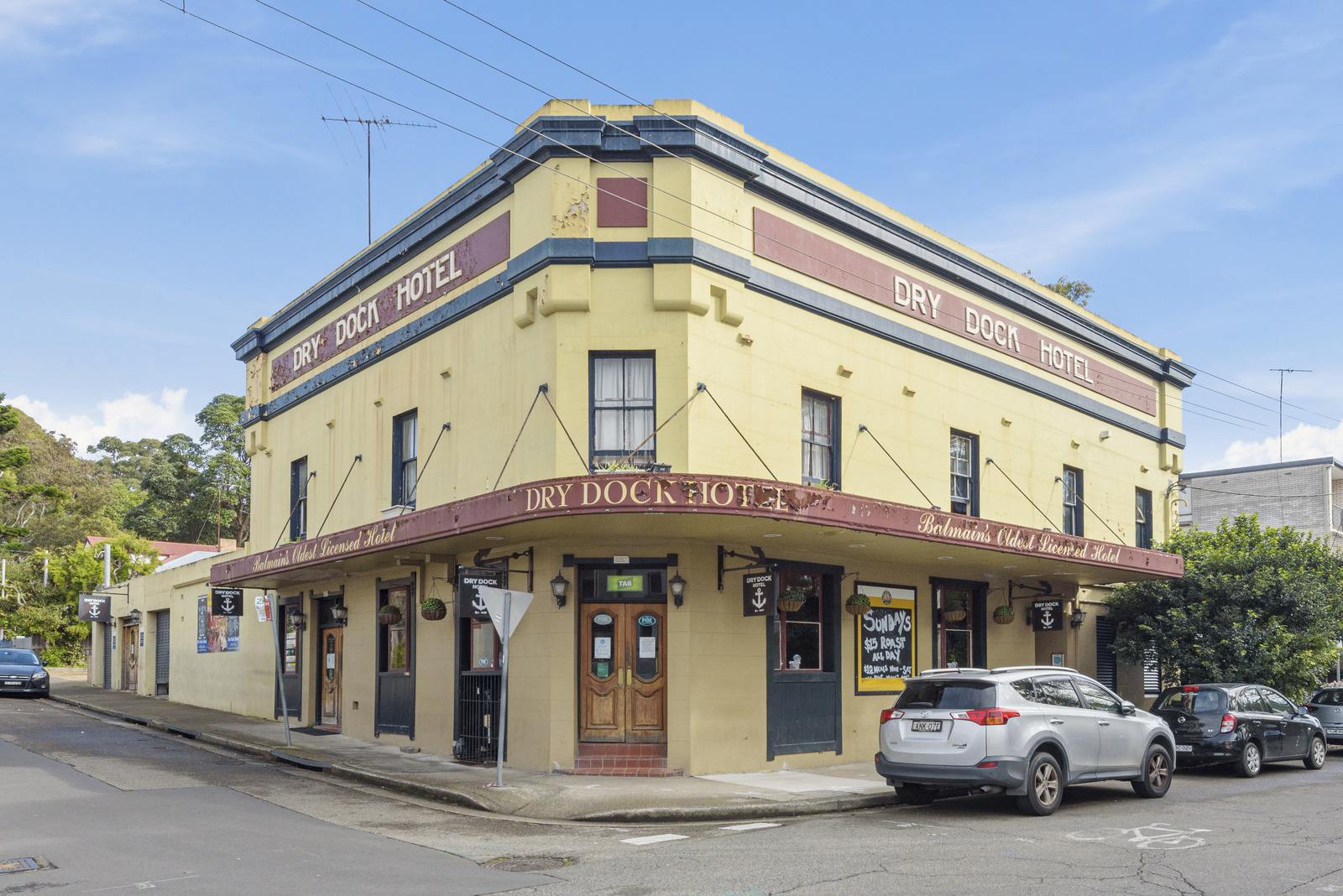 The hotel’s listing follows several unsolicited approaches made by interested parties to the Vendor over the past 12 months; and reflects the active market sentiment after a raft of strong inner city transactions, including the Woolpack Hotel (Redfern), Hotel Hollywood (Surry Hills) and the Old Fitzroy Hotel (Woolloomooloo).

HTL Property’s Blake Edwards and Sam Handy have been appointed to steer the sale process in conjunction with Peter Seeto from Cabmon Commercial Property.

“We’ve received several unsolicited offers to buy the hotel over the last 12 months, and in light of recent sales in the area, thought it was prudent to engage HTL Property to run an on-market campaign to ensure the market was truly tested” advised Vendor, Michael Patterson.

The sizable hotel is prominently positioned adjacent Mort Bray Park, and the Balmain Ferry terminal; with the business proving very popular with city workers returning to the peninsular by ferry from both the CBD and North Sydney.

The business offers a veritable blank canvas for an incoming operator featuring both an expansive trading footprint, and an offering which will respond particularly well to a food and beverage repositioning.

The Dry Dock Hotel features a midnight liquor licence with 12 very valuable gaming machine entitlements attached and estimated at enjoying an ‘in situ’ or ‘held together’ value of ~$3,000,000.

“The business would undoubtedly benefit from an incoming purchaser activating a food and beverage proposition more in line with what is being offered elsewhere on the peninsular” suggested HTL Property Director, Blake Edwards.

“Unlike a lot of hotels in Balmain, the Dry Dock Hotel projects a large and expansive footprint, which allows an operator to execute with scale” Edwards added.

“One only needs to walk up the road and look at the residential development on the former William Wallace Hotel site to understand the multitude of options that the Dry Dock Hotel site presents” Handy added.

The Dry Dock Hotel sale campaign announced today follows HTL Property’s advice to the market that it has sold nine significant hotels within the first fortnight of the Financial Year. These hotels include the Terrey Hills Tavern ($40M), Camden Hotel ($12M), Woolpack Hotel ($9.5M) and the Richmond Inn Hotel ($11.5M).