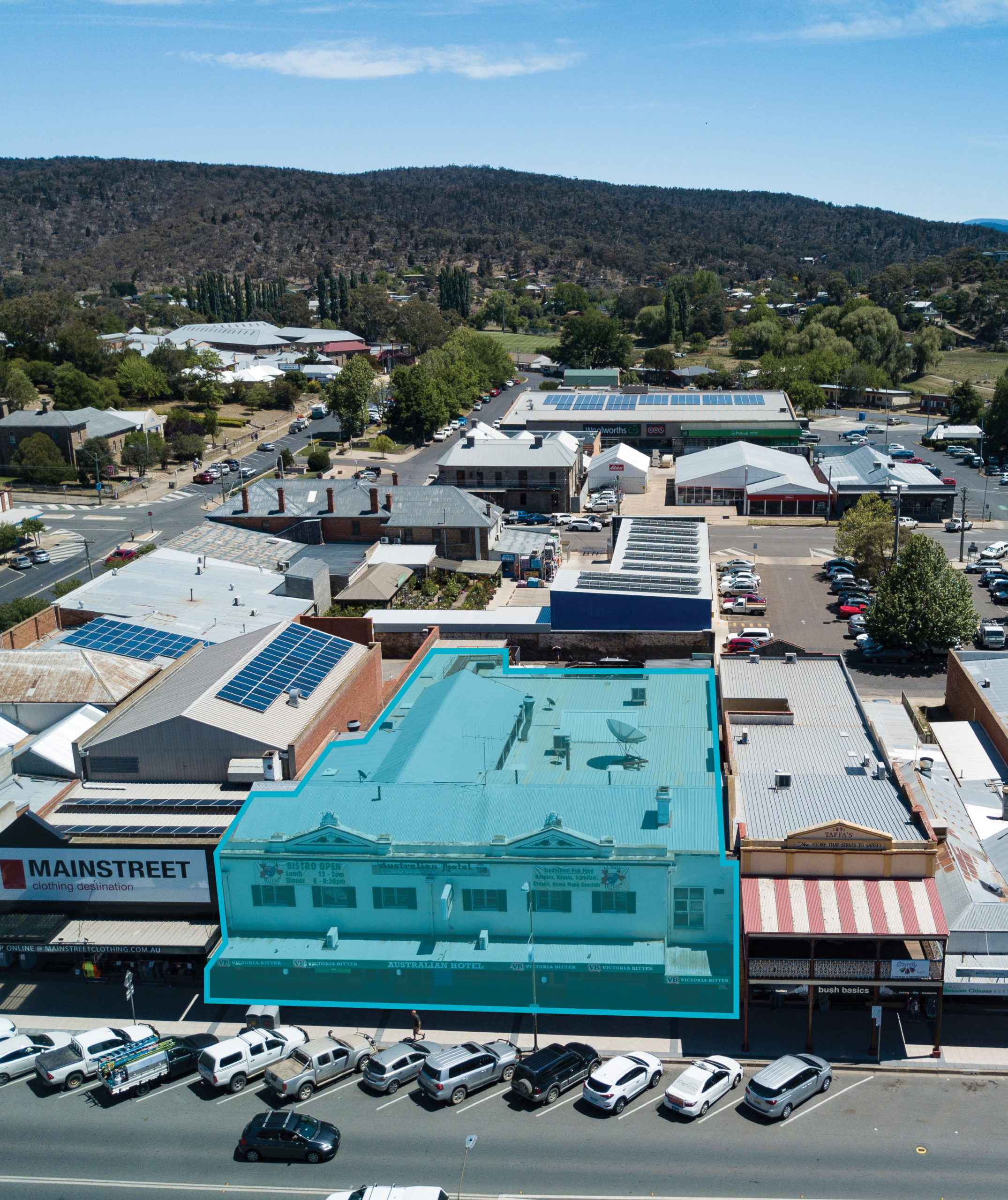 The Canberra based O’Donnell Group has divested its third regional pub asset in as many months, offloading the Australian Hotel in Cooma on the eve of the Auction in a deal negotiated exclusively by HTL Property’s Xavier Plunkett, Blake Edwards and Sam Handy.

The hotel was sold to a Sydney-based operator, one of a number seeking the acquisition, for an undisclosed sum. The hotel was listed and marketed for auction this week, but in a sign that starkly demonstrates continued demand for regional pub assets, a deal was brokered on the evening immediately prior to the planned auction event.

Positioned on a 1,492 sqm* land holding, the hotel incorporates a 2am liquor licence with 15 poker machine entitlements attached, and 16 first floor pub rooms. The town of Cooma is expected to be a direct beneficiary
from the Federal Government’s billion-dollar investment in the Snowy 2.0 expansion; with a transient workforce anticipated to inundate the town over a ten year period.

The sale of the hotel comes less than three months after the O’Donnell Group sold the Empire Hotel in Goulburn to a new entrant to the industry, and the even more recent sale of the Royal Hotel in Bungendore to
World Cup winning Wallaby Richard Harry. All hotels were successfully sold following competitive marketing campaigns exclusively overseen and curated by HTL Property.

“Portfolio sales often involve an increased level of complexity and intricacy, often with multiple stakeholders across multiple assets. We are therefore delighted to have been entrusted with the exclusive appointment and, more
importantly, the successful sale transaction for our valuer Vendors regarding these three impressive hotel assets” added HTL Property Director and co-agent for the sale, Sam Handy.

Mr Plunkett said the Cooma transaction represents HTL Property’s 24th Regional New South Wales Hotel sale in the past 12 months, and moreover highlights the continuity of an insatiable demand for regional pub assets.
“The NSW Regional pub market is currently the beneficiary of a large volume of unmatched metropolitan-based capital seeking regional opportunities underpinned by quality commercial property holdings, and substantial gaming licence value” added Plunkett. “But there’s a structural capacity limit to this level of demand, and once met, we expect pricing and volume to normalize” concluded Plunkett.