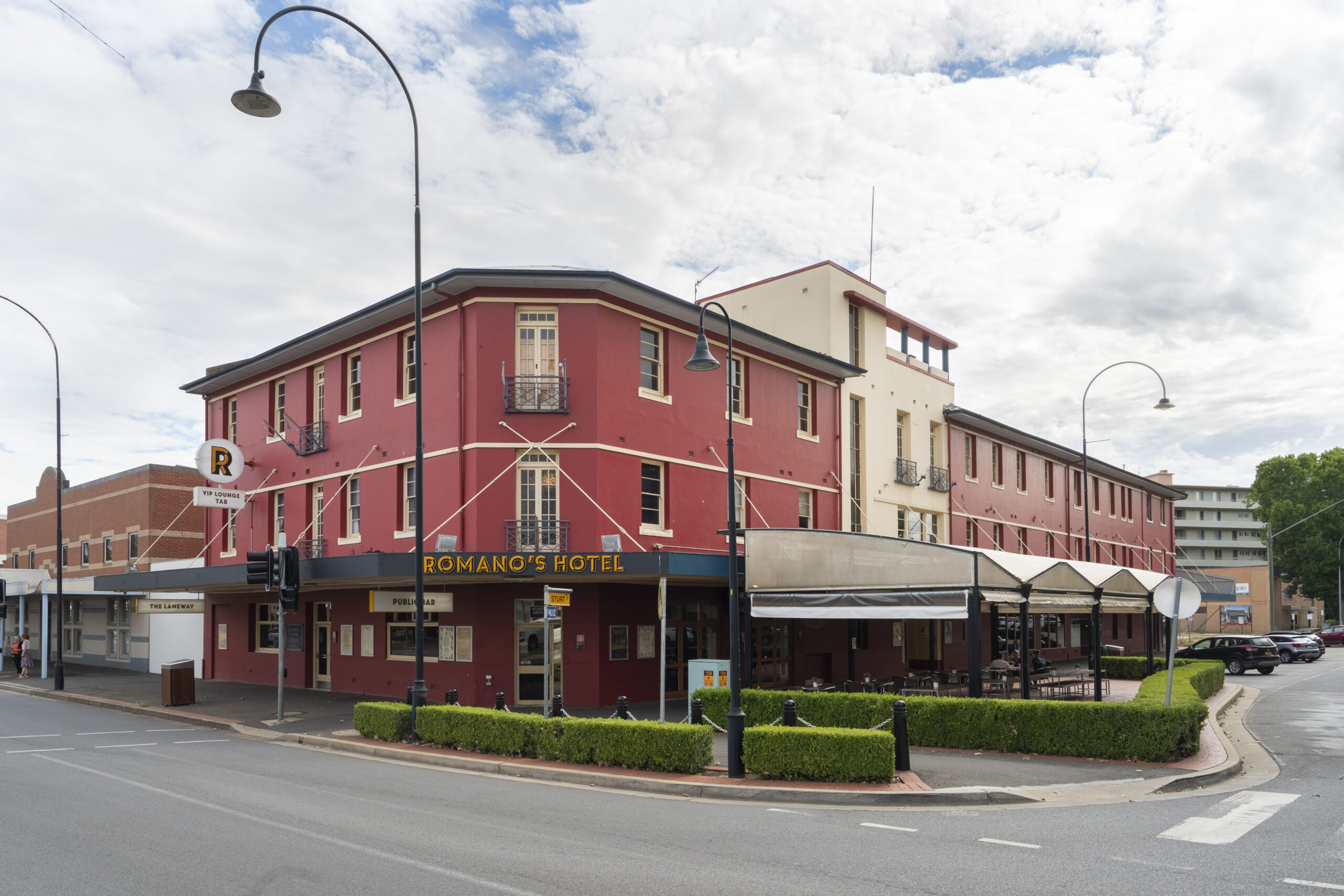 Only a week after the sale of the Sportsman’s Hotel, HTL Property is very pleased to announce that it has now transacted upon another Wagga Wagga pub, the famous Romano’s Hotel.

In an active year for Wagga Wagga pub transactions, the greatest on record, the successful sale was exclusively managed by HTL Property Directors Blake Edwards and Sam Handy; via an on market Expression of Interest campaign.

The national marketing campaign produced 12 on-site inspections and 7 strong offers to purchase by the close of the sale process timeline. “We have been frankly blown away by the strength of the market, and depth of appetite from buyers for regional hotels in the first 3 months of 2021” advised HTL Property Director, Blake Edwards.

The successful purchasers are the Wagga Wagga based Oates family, led by father Murray Oates and his son and daughter-in-law Matthew and Lauren. Both Matthew and Lauren have been active in the Riverina Hospitality scene for the past decade, operating catering and hotel businesses in Leeton, Wagga Wagga, Junee and Holbrook.

“We are delighted with the purchase and look forward to taking over the operation very soon. We intend to bring the hotel back to a traditional style pub that concentrates on good service, good food and good times” advised purchaser Matthew Oates.

HTL Property were exclusively retained by a syndicate of owners based both locally and in Sydney.

“Romano’s Hotel has gone through a massive transformation over the last five years, and the syndicate is proud of what has been achieved. It’s now time for us to hand over the reins so we can all focus on other commitments. I’m sure the Oates family will guide Romano’s through the next era with great success and ensure Romano’s Hotel remains a Wagga Wagga icon” added shareholder and licencee Belinda King.

“Accordingly, we would encourage anyone contemplating an asset exit to reach out and have a discussion with one of our specialist team” Handy concluded.

The sale of Romano’s Hotel augments HTL Property’s average weekly sale of hospitality properties to in excess of one per week in 2021.